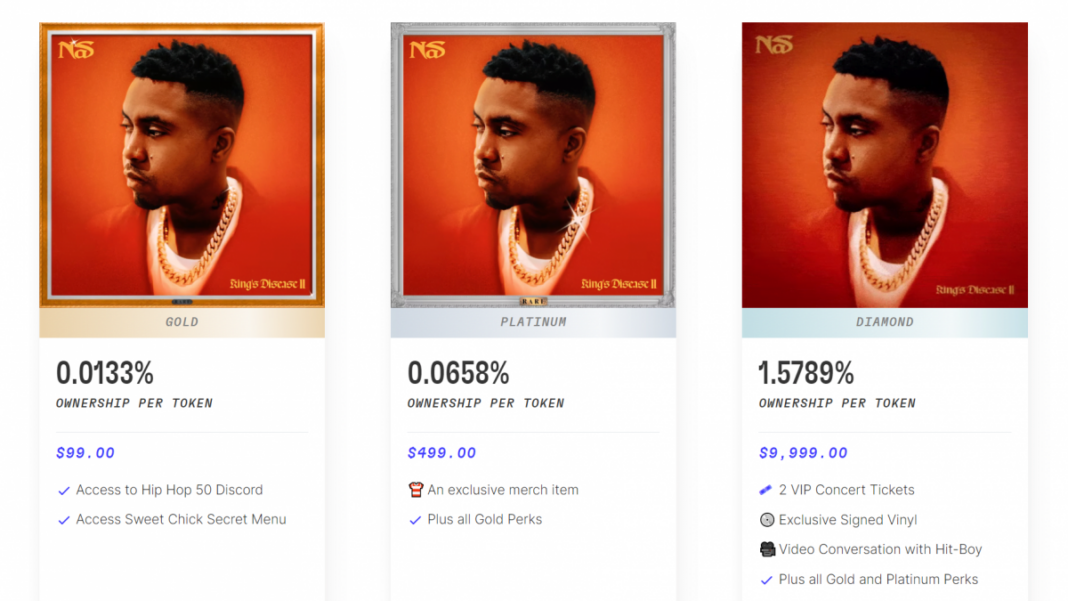 Hip-hop legend Nas has now been immortalized on the blockchain. In a dual-part drop, Nas teamed up with 3LAU to release his first-ever NFT collection on the superstar DJ’s recently launched platform, Royal.

The collection – which was the first live sale of NFTs on Royal.io – consisted of 1,870 NFTs across two separate drops, both of which sold out in record time. Grossing over $ 560,000 in total revenue, secondary sales have already heated up, with the project trending on OpenSea upwards of 270 ETH ($ 725,000 +) in sales volume.

A limited supply of tokens exists for both “Ultra Black” and “Rare,” with streaming royalty ownership separated out into three tiers: Gold, Platinum and Diamond. On top of royalty rights, each tier also yields unique secondary benefits, as laid out below.

Although the drop hit a snag on its original launch date of Jan. 11, after a week of extra planning the collection went live today without a hitch today. And while the groundbreaking sale was a marvel in and of itself, the implications of Royal’s technology at work will undoubtedly be a gamechanger for independent artists.

Until now, fans have only been able to support their favorite artist by streaming / purchasing their music, attending shows, and buying merch. With Royal, fans can now invest directly in musicians, connect with them in new ways and experience shared wealth as they rise to prominence.