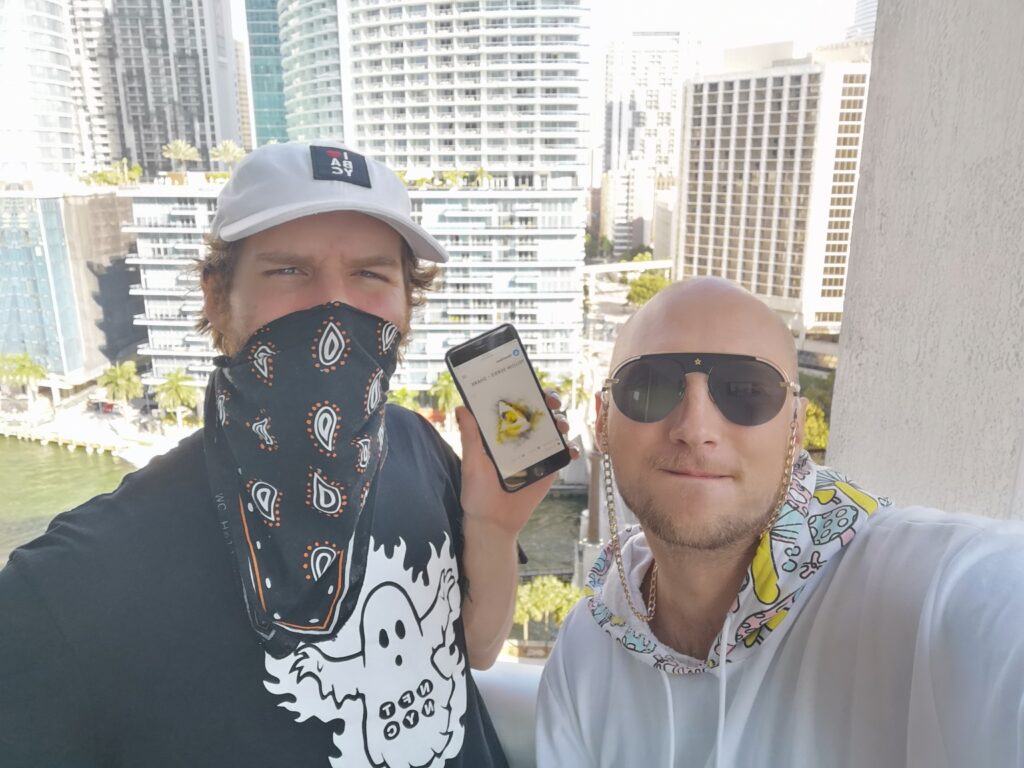 The beauty of art is precisely that it is subjective. I can not tell you what is good art and what is bad (Although art critic has this misconception) And the same with NFT art. However, I would like to be so cheeky as to say that 80 per cent of the “art” we now see in the NFT world will not be relevant once the first wave of hype about NFTs has subsided. Art is something that speaks to one, something that evokes emotions inside one that one did not think one had, art is something that one wants to decorate one’s cave with. And now I would like to present an artist where I believe will also be a part of the NFT world in the coming years, AQOMI:.

I have been following: AQOMI: for some years now, and you can certainly not say that it has been a boring acquaintance. It has been colorful because if there is anything that the man is known and infamous for, it is his art’s color tone. Yes, I do not know about you, but I get so thrilled when I look at his colorful art.

He is working on several projects: He has mixed a luxury car and given the Zebra Stripes, he is in the process of converting a 3 million dollar luxury house into the first physical NFT house in the world But he is probably best known for The Animal Kingdom Collection by AQOMI.

What’s this project about, and how is it unique?

I think to describe the project it would be best to start with its’ roots. The signature AQOMI ANIMALS started as avatars created for my closest associates. They were intended to replace the mundane profile photos we use and give some excitement to everyday life. We started with predatory animals, but it soon grew into much more. Now The Animal Kingdom Collection by AQOMI features a wide array of animals in 5 different colors, with a 6th coming soon.

I believe that this project is unique in the NFT space because it’s not just another meme. This is an art that we are looking to put on our holder’s walls through the use of digital displays.

You have really gained a lot of dedicated followers; how is your community, what sets it apart from others?

NFT followers are unlike anything I’ve ever seen. Never did I think that I would have my collectors fly down and meet me in other countries with their families. The community aspect is my favorite part of being an NFT artist. I love giving away my personal NFTs to the collectors and they’re able to take their families on trips to Disneyland as a result. I think when you have the honor of giving something away to a deserving individual it just sets the vibe for your day. Recently one of our holders got hacked and lost all of his pieces in his first 2 weeks of NFTs. Imagine how heartbroken you would be. Our community came together and donated pieces from their wallet to help him rebuild. That’s something special right there. I do not know how to put it in words but, I’ve never seen that before NFTs.

What benefits do NFTs give you as an artist?

I’ve spent 15 years as a creative director and the NFT world is something revolutionary. As artists, we’re able to self copyright projects and monitor royalties at such a precise level. Now artists have the ability to control the sales of their art.

Where does your inspiration come from?

I really like pushing the envelope. A lot of people say your idea won’t work or that it’s too crazy but, that’s what excites me. I love when artists push boundaries and get ridiculed until they become admired. That’s art. That’s the statement I want to leave behind. Anything is possible.