What inspired you to create the Chordus Arena NFT? Interview: 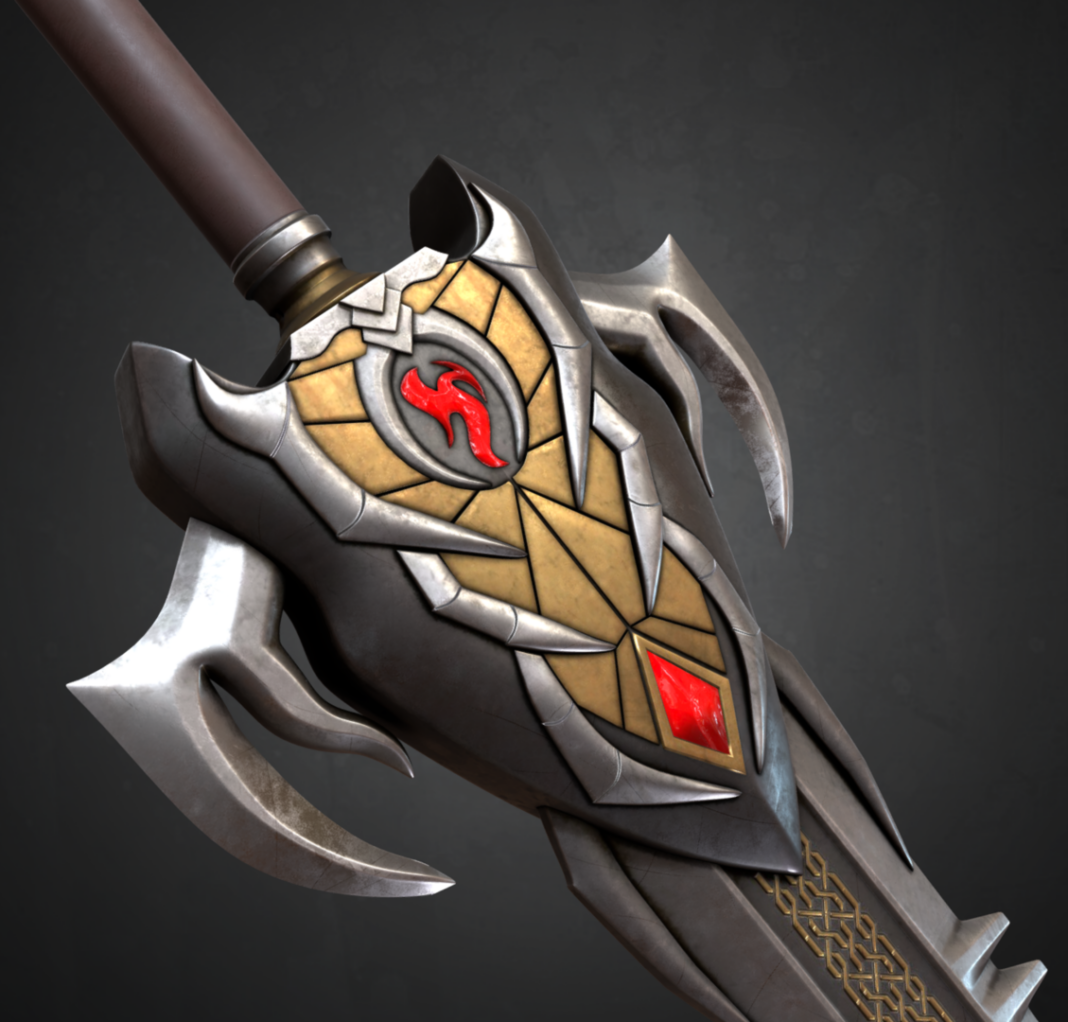 As I sat down to write this piece, I was pondering which photograph would look best on the top page. In most cases, I do not use a photograph, but rather one of the pieces from the project. For instance, logo. However, it just was not natural to do so in this setting.

The folks who run: Chordus Arena: should be visible to you. Father and son set out to build something together. Having worked in this field, I’ve realized that it’s important to know who is behind a project. What inspires them? What fuels their fire. That’s important information to have before you commit any funds to a project. You’re willing to risk your hard-earned cash on the individuals behind the initiative, aren’t you? The answer to this question is a resounding “yes.” As a result, I went with a picture of a father and son. People that are honest and diligent. Metaverse News: had the privilege of interviewing them, and the results can be found right here.

We previously published an article about Chordus Arena NFT, which can be found: here:. I recommend that you read it before continuing with this essay.

This is one of the longer interviews, so get a cup of coffee and some decent music before we hand over the stage to the people behind the new game. We believe this will be really significant. And now we pass the baton to the duo’s son, Alexander varshavsky:.

What inspired you to create the Chordus Arena NFT? I believe you were influenced by another game you spent a lot of time on as a kid – can you elaborate?

Since I was a little kid, I have been passionate about gaming and spent hours a day playing. different video games. I never had a strong gaming computer, so I always played strategy. I loved games that I loved, such as Age of Empires, Civilization, Warcraft, Starcraft, and others. I also feel I fell in love with the MMORPG genre and enjoyed games like Runescape, Risk Your Life and others. In 2003, I started playing a game called Arena, and it was a strategy multiplayer board game that was web-based and did not even have graphics. It was played using logs that told you “you hit it.” opponent A and did 46 damage, “but it was so much fun due to the mechanics and the community that I could not stop playing. Around 2007, the game started dying off because of the mistakes that The devs made and basically killed the game. I was not able to find a game that brought me so I have had much pleasure since then and have always wanted to rebuild a similar game, but I could never. In the past 7-8 years, I found a new passion in software engineering.

I started coding simple stuff. like calculators, simple websites, rebuilt games like Minesweeper and others for fun. I got into mobile development and enjoyed it a lot. But what I always wanted to do was build a game, and II already knew which one! Having a big project like that one is not something you can do in your free time and on launch. It requires dedication and a whole crew working on it full time. I was not able to spend I needed that time because of prior life responsibilities, education, and family life. At the beginning of 2021, something changed-I discovered the Crypto and BlockChain worlds. and later on, the NFT space. This discovery was the moment when everything clicked together. The blockchain is something that can bring life to projects like mine and help creators build. At that point, I realized I had no excuses and Creating the Chordus Arena was my only option!

The team behind it is made up of a father and son duo, of whom you are the son; how did the idea to create a game with your father come about?

Since I can remember, my father was there for me and supported anything I did (as long as it was not something stupid like dropping out of school and becoming a singer). Not with my voice, for sure. My father is not only the best father in the world, but he’s also one of the best software engineers out there with an impressive reputation. He worked on some of the most exciting projects and companies in the past 30 years, and the value he brings to Chordus Arena is higher than any whale investor out there could bring. We worked on many projects together and never failed. We always found a good way to communicate, and together we managed to solve the hardest problems we faced. The idea of ​​building the game together was simple. Creating the game was my dream all along. My father was there all along for me. It’s just natural that he would change his life plans in terms of career and join me on this amazing journey. Yes, he is that amazing! Honestly, I wouldn’t have had the courage to create Chordus Arena if he wasn’t on my side. Together with him, I know we can achieve anything, and I have zero doubt that this project is going to be a huge success!

Please tell us how and when you first learned about NFTs and how your adventure down the crypto rabbit hole went.

I first discovered crypto in January 2021 when I found someone posting about Dogecoin. It caught my eye, and I started researching. After a couple of months of thorough research of the market and learning TA, I decided to jump in and started buying some Bitcoin and Ethereum, and later on, some altcoins such as Polygon, BNB, Cardano, Chainlink and others. After trading for some time, I came across NFTs and decided to learn what makes a JPEG worth over 1 million dollars. Not long after, I bought my first NFT, which was the worst purchase ever and, at the same time, the best decision I made. The NFT was totally worthless, and out of a total of 10,000, only 14 were sold. But it did get me curious to learn more, so I kept learning and buying, and I managed to increase my portfolio to over 100 great NFTs (and another 200+ that are meh). Calling it a rabbit hole is a very accurate description. Once you buy your first, you can not stop. ETH does not sit in my wallet for very long. But this space is so amazing and it opens so many doors for which I’m grateful!

Then there’s the $ 1000 question: how do you get into the universe of Chordus Arena? What distinguishes you? So what sets you apart from other P2E?

This is indeed the $ 1000 question, and the answer is long but simple. Chordus Arena is a project that has the community at its core, and everything we do, we do for the community. This project is one of the most unique ones in the NFT space at the moment, and what we plan to achieve will change the blockchain gaming universe forever. There are several reasons why we and our community believe in us.

1. The first is the project’s founders. With our combined experience and skills, we have what it takes to bring this project to where it needs to be. Many projects launch with promising things only to realize they’re much harder than they seem. With many years of experience running big projects, we know exactly what needs to be done and can accurately predict how long it will take. Unlike many other projects, we underpromise and overdeliver.

2. There are many games on the market already that tens of thousands of people play. But if you look closely at the game, it is very simple and brings little to no joy at all. What is the fun in clicking two buttons such as “collect loot” and then “start collecting” until you need to repeat it the next day? The main reason anyone even looks at those games is that they are P2E, and that usually does not last more than a couple of months, after which the game economy totally flops and the token goes to zero. With Chordus Arena, we are building a game that is primarily fun to play and will attract non-crypto gaming communities due to its original and unique game mechanics. All the amazing utilities we provide, such as staking, gear renting, passive mining, and the P2E aspect, are all secondary.

Our primary goal is to provide a high-quality product that will be sustainable and remain in the top game lists for years to come. We provide value and a great product first, and we know how to get there. Another aspect that we are proud of is the amazing art!

We took our time to find an artist that would create something unique and unbeatable in terms of art and quality. On top of that, we went in a different direction to create 3D weapons instead of the typical PFP project! Browsing through the NFT marketplaces, all I see is copy-paste projects with penguins, apes, and other animals that just keep repeating, and at this point, they all look the same. You will not see anything like the Chordus Arena NFTs because nobody did that before. I do see others jumping on the style and attempting to create projects that look like us, but nobody will be able to beat it just like nobody can beat BAYC or the CryptoPunks because they were the first and the best. There are many more aspects that make us stand out from other projects, but I do not want to spoil all the fun, and I welcome all the readers to join the community and find out for themselves.

We are dedicated to this project and are working daily to ensure we keep blowing your minds with everything we do.

We at Metaverse News would like to thank them for their time and wish them well on their journey.