Formula One files trademarks for NFTs, crypto and digital assets 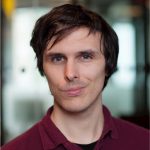 Formula One is going the way of other mainstream sports and teams with the filing of some interesting trademarks. On August 23, new trademarks were filed related to NFTs, digital assets and cryptocurrencies.

The filings took place ahead of the Las Vegas Grand Prix in November 2023. Trademark lawyer, Michael Kondoudis, took to Twitter to show the applications coverage of digital assets, virtual currencies and NFTs among a broader scope.

Having broader trademarks filed would demonstrate that Formula One has plans to release its own exclusives on blockchain to commemorate the event. Of course, if this is the case, it would put F1 next to the likes of England’s Football Association, even Nike and Gucci in embracing the digital world.

It certainly wouldn’t be a surprise if that turns out to be the case. The Red Bull and McLaren F1 teams have already partnered up with Tezos to launch their own NFT collections. And the list of teams is only growing.