What Are NFTs? Why Do They Cost So Much? 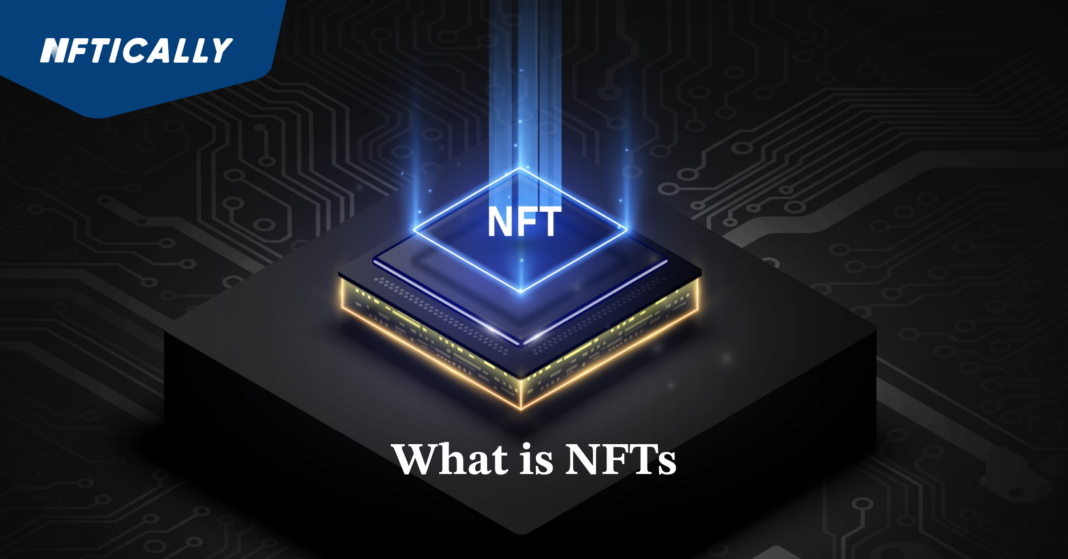 In early 2020, NFTs began to make a lot of noise, which first left us both delighted and perplexed. According to statistics from industry tracker DappRadar, sales of NFTs topped $ 25 billion (approximately Rs 1,84,690 crore) in 2021, as the speculative crypto-asset skyrocketed in popularity.

Much more, the growth of NFTs has not only aided the decentralized economy but has also energized the realms of art and entertainment. They are still fetching multi-million dollar prices.

Christie’s auction house’s first digital-only art sale in March 2021 fetched $ 69 million for artist Beeple, making it the single most expensive NFT ever sold. But first, a definition of NFT is in order. We’re here to break down what makes NFT so costly as a viable investment and a viable source of digital transactions.

NFTs are non-fungible tokens, to put it in other words. The term “non-fungible” refers to tokens or assets that are one-of-a-kind, irreplaceable, and give exclusive ownership on the blockchain. They’re valuable assets that can not be replicated. Anything digital, such as a work of art, drawings, or music, can be used as an NFT.

Nothing precludes a blockchain user from converting almost anything into an NFT. You could transform your dog into an NFT, a home, a plot of land, a vehicle, and a variety of other ‘wacky’ things you would not expect to see on a blockchain.

Tokenization is the process by which an item is converted into an NFT. Tokenization is accomplished by creating a digital token representing a physical or non-physical thing from the real world. Consider it a digital certificate that recognizes specific states or attributes and records them in an immutable manner using decentralized technology.

However, the question of why NFTs are so costly remains unanswered.

Why do they cost so much?

First and foremost, NFTs are non-fungible, which implies that the individual entirely owns the item. They confirm the authenticity of a non-fungible asset, making these assets one-of-a-kind, purchasing a Pablo Picasso painting, for instance. There may be several identical copies of his artwork, but only one is the original. That is what distinguishes and makes the original artwork priceless and irreplaceable.

The average price of NFTs on Ethereum is relatively low, yet some of them might be more expensive than you’d expect. An animated GIF of Nyan Cat, a popular internet meme from 2011, was auctioned for more than $ 480,000 on the NFT Foundation website in February. Some artists have become billionaires overnight, and I’m sure you’re curious which NFTs have sold for that much.

Aside from art, Twitter CEO and co-founder: Jack Dorsey: sold his “first tweet” as an NFT through the Valuables marketplace for $ 2.9 million. So, why are NFTs so costly?

Remember that each NFT is one-of-a-kind and functions as a collector’s item that can not be copied, making them rare and one-of-a-kind by design. Rarity makes them rare, and when goods are scarce, prices rise.

Because NFTs are built on cryptographic technology that prevents copying, people value them because they are scarce. Another reason is that the price of an NFT is determined by the market, which comprises all buyers and sellers trading that specific NFT. If there are more buyers than sellers, the price will climb since the gas cost will be higher.

More specifically, despite its latest version, 2.0, the Ethereum blockchain still suffers from congestion. In comparison to its tremendous daily demand of over a trillion, Ethereum, unlike other blockchains, nevertheless manages a limited amount of transactions per second (TPS). However, because it is the most often utilized for: minting NFTs:congestion is inescapable, resulting in expensive NFT gas fees.

Other elements that contribute to the value of NFTs include usefulness, ownership history, underlying value, buyer perception, liquidity premium, and future worth.

What do you think of NFTs?

Eventually, non-fungible Tokens (NFTs) are here to stay. They are on pace to continue shaking up the art and gaming industries for the foreseeable future, upsetting the laws of digital ownership in the process. However, we suggest caution and careful deliberation while deciding which platforms to use. More information may be found on: NFTically blogs:.

NFTically is a free and open NFT marketplace where people may purchase and trade NFTs. It also allows customers to create their own NFT store, creating a storefront in minutes. As a result, artists do not have to worry about their work being reproduced. Furthermore, they are safeguarded by highly secure blockchains that guarantee enough protection.

Metaverse: How Would You Appear If You Had A Virtual Beard?