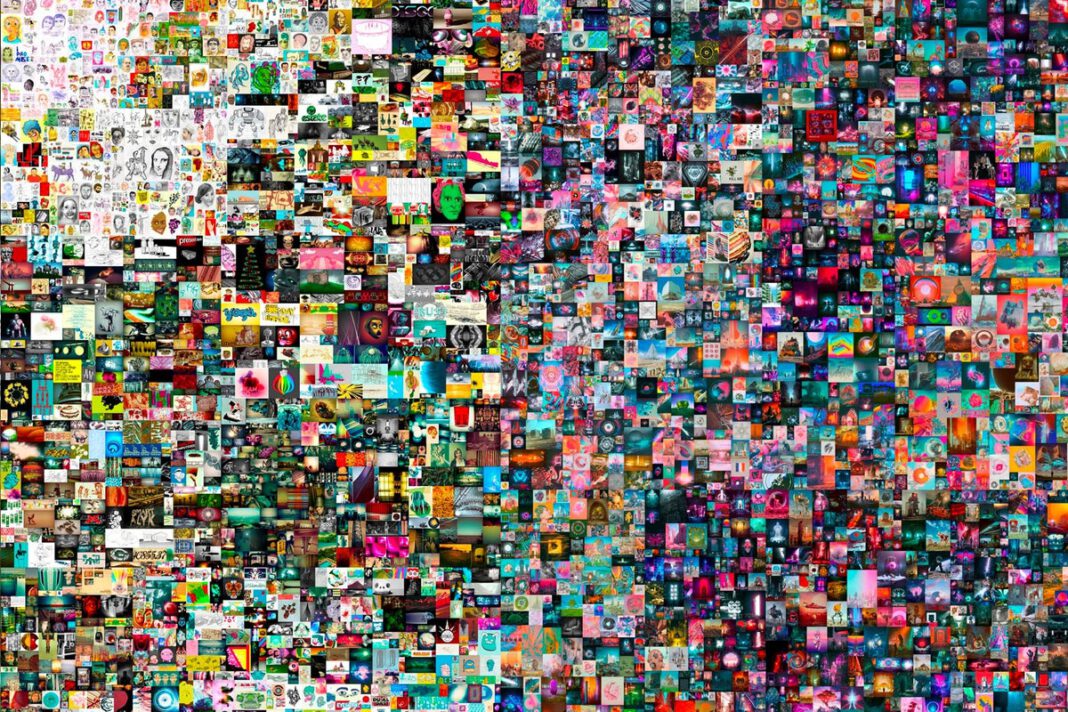 In 2021, we witnessed the start of a revolution within the creative and financial industries. From NFTs receiving mainstream attention to self-taught artists becoming millionaires, it becomes clear throughout the year that the world of non-fungibles is only getting bigger.

To celebrate the records and achievements of the NFT ecosystem, we’ve compiled a list of the top 10 biggest sales to happen in 2021. It’s important to note: while there have been drops and multi-NFT auctions that have brought in millions upon millions – like Pak’s recent record-setting $ 91.8 million Merge open edition – these are the largest single: NFT sales to happen throughout the year.

The legend of XCOPY’s Right-click and Save As guy goes back far beyond the days of our current NFT ecosystem. Minted three years ago on Dec. 6, 2018, the iconic piece helped signal a shift in public perception about NFTs when it was featured on: BBC World News: shortly after Beeple’s landmark Everydays auction.

Before NFTs had received any truly significant mainstream news coverage, Beeple’s Crossroad had quickly become a meme surrounding the 2020 presidential race. Originally minted on Oct. 30, 2020, the piece sold for $ 66,666 to influential collector Pablo Fraile, till only four months later it found a new home with faceless collector anonymous10.

Created as a reflection on the 2020 presidential race, Beeple says he had multiple versions of the piece ready, depending on who won the presidency.

Considering there are only 88 zombie CryptoPunks in existence, the entire NFT community takes notice when one is traded. The sale of CryptoPunk # 8857 was no exception. As the $ 6.6 million price tag was undoubtedly enough to turn heads on its own, the fanfare behind the trade came from an even greater trend happening with zombie Punks at the time.

Triggered by a legendary: single day 2x Punk flip: from NFT collector / influencer Keyboard Monkey, the Punk # 8857 sale came as part of a string of buys that happened throughout the summer and fall of 2021. Although # 8857 was never given a personality on Twitter or any other social media platforms, around this time in the zombie Punk market, we even saw the birth of prominent investor Cozomo de ‘Medici with the purchase of CryptoPunk # 3831.

Dmitri Cherniak’s Ringers is one of the most beloved collections to come from the prestigious generative art platform, Art Blocks Curated. As one of the first projects to launch in 2021, the historical value of Cherniak’s endeavor entering into the NFT bull market made the sale of Ringers # 109 all that more interesting.

The significance of this purchase goes far beyond the price though. Almost immediately after the Punk changed hands, we witnessed the birth of NFT collector / influencer: Peruggia: (who has been heavily speculated to be the alternate account of prominent investor: Robert Leshner:).

And while CryptoPunk # 3100 is one of nine aliens in existence – making it an obviously influential Punk – similar to # 8857, no one came forward to give this high-profile NFT a personality via social media.

Although the sale of CryptoPunk # 4156 was not the highest ever Punk price point, it was undoubtedly the most significant Punk trade of 2021. As bandana ape # 4156 had become synonymous with the personality of prominent NFT influencer and builder Punk4156:it felt almost like the end of an era within the NFT community.

The sale also marked a significant turning point in the CryptoPunk ecosystem. As the legendary Larva Labs project had long been regarded as one of the most important NFT collections in existence, issues surrounding Larva Labs’ copyright policies – which Punk4156 had taken big issue with – were the reason behind both this significant trade and declining Punk prices towards the end of the year.

CryptoPunk # 7523 – known to many as the “COVID Alien” due to its prominent facemask trait – was not only the largest 2021 punk sale, but the largest ever: sale of a CryptoPunk. It’s important to note that the blockchain does not reflect this prominent sale, as it occurred as part of Sotheby’s Natively Digital auction in June.

As the original minter of # 7523, Straybits:and the Punk’s second-ever collector, Sillytuna: (who supplied it for auction) are both prominent parts of the NFT community, the sale was seen as a huge win not only for the NFT ecosystem, but as a push towards mainstream NFT adoption.

Beeple’s HUMAN ONE is an NFT like no other. As the first-ever physical piece from the acclaimed artist, both the NFT and the electronic sculpture went up to auction as a single lot via Christie’s 21st Century Evening Sale.

Considering the massive sale of Beeple’s Everydays (# 1 on this list), many were unsure what this new, constantly evolving digital masterpiece would fetch at auction. Yet, as Christie’s has continued to help legitimize NFTs as true works of art, it’s no wonder that Beeple’s HUMAN ONE would be second only to Beeple himself in 2021.

The single most important NFT sale in 2021 was Beeple’s Everydays: The First 5000 Days. Not only was this the largest sale of the year, but the event created a snowball effect throughout mainstream media, and brought the term “NFT” into households around the world.

Before Christie’s decided to take a chance on NFTs via its Online Auction, the act of minting, collecting and trading NFTs was seen as niche at best. But after Beeple secured the biggest bag in all of NFTs, it was clear – even to Saturday Night Live: – that the time of NFTs had arrived.