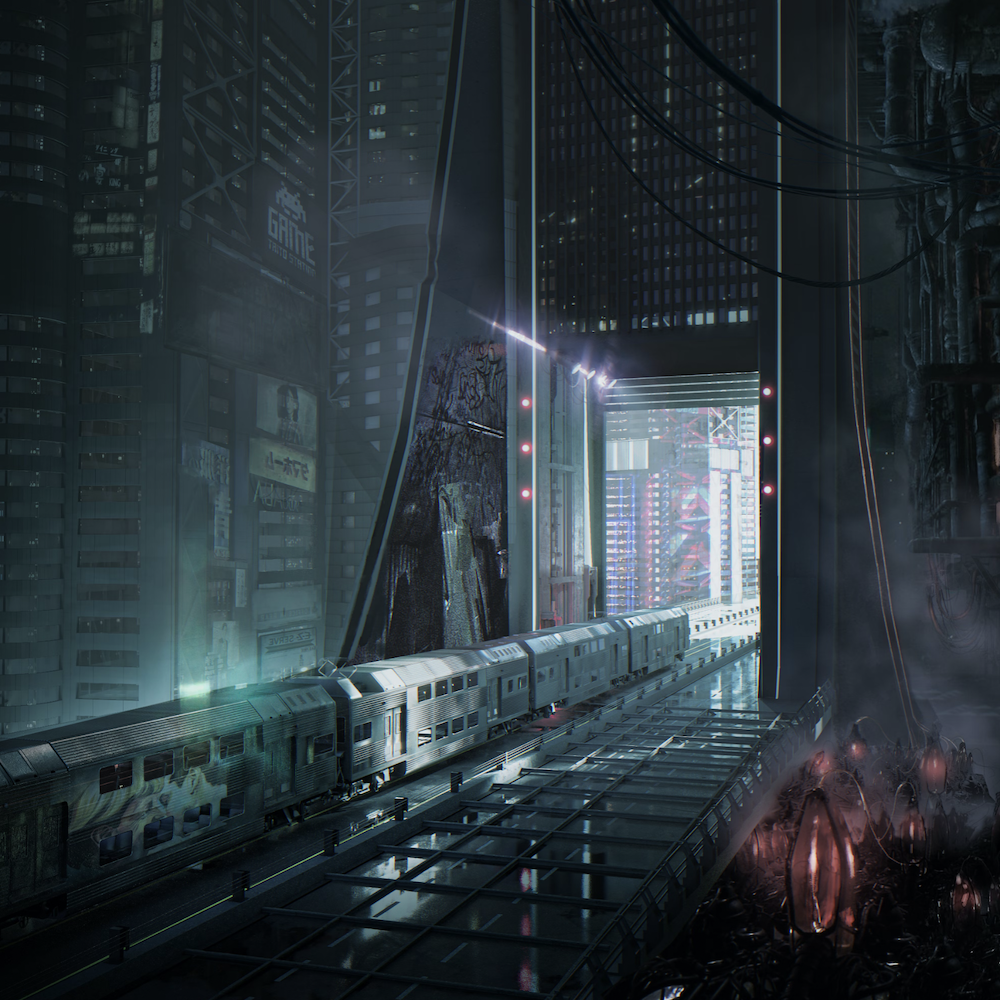 When you look at the NFT art of: Idil Dursun, an architect and CGI artist whose work deals in future dystopia and cyberpunk aesthetics, it imparts an eerily familiar feeling. Several sci-fi traditions immediately jump out at you. a bit of Blade Runner here, a dash of: The Matrix: there But what’s most unsettling about the sprawling and seemingly endless cityscapes of Dursun’s art is that they don’t feel like fantastical impossibilities; they feel like a version of something you’ve already seen.

If you’ve ever walked through the center of a dense urban metropolis, you’ve seen bits and pieces of the elements Dursun seamlessly stitches together to build her CGI environments. Spend a few weeks in any of the world’s busiest and most populated places, and you might start to doubt the sustainability of it all. Cities like Tokyo, Sao Paulo, Mumbai, New York, and Istanbul never fail to impress upon visitors and residents how many people live there.

The last city on that list is no exception. With an official population of nearly 16 million people (although some put that number closer to 20 million) living on a small strip of land wedged between two seas, Istanbul’s natural setting has blessed it with natural beauty and cursed it with limited resources. Experts predict that continued expansion into the city’s northern forests coupled with the ongoing development of massive infrastructure projects could lead to ecological collapse. This environmental context that inspired Dursun to start creating futuristic CGI environments, a process she entered after graduating from a university with a degree in architecture.

“Istanbul inspires me so much,” Dursun explained while speaking to nft now. “All of Turkey does.” Taking a job at an architectural visualization company right out of school, Dursun spent her days learning technical skills she would then take home and apply to her CGI work at night. “[That job] helped me learn a lot in terms of learning technical things like software, the executions of post-production, everything. I’d go home and apply those skills and blend them with the skills I found in tutorials online.”

The dystopic cyberpunk elements of Dursun’s CGI work draw from her fascination with topics like overpopulation and the depletion of natural resources, in addition to her fellow architect Annibale Siconolfi. “I remember seeing Annibale’s artwork in high school, and I was just terrified,” Dursun explained. “[The scale] of the scenes was just so massive. And I felt that looking at those was not enough. I had to make my own. I had that urge to create.”

How Dursun started in NFTs

Dursun somewhat randomly entered the NFT space in early 2021 after she saw a friend on social media make a sale on Foundation. She didn’t know much about the crypto art world then, only having heard of CryptoPunks.

“I thought they were ugly as f—k,” Dursun said, laughing. “But now, I love them. Once you understand the culture, it becomes a whole different thing. My friend sent me a Foundation invitation, and I thought, ‘Ok, why not try it? It can’t hurt.'”

Dursun minted her first ever NFT on Foundation in March 2021. The piece, called: Threshold:draws on the muse of a particular neighborhood in Istanbul called Mecidiyeköy, one of the city’s most crowded areas. Threshold: features decrepit buildings and a bridge supporting a metro train as it passes through an enormous gate to another part of the city.

“Threshold is a piece that means a lot to me. It was the first time that I felt that I could be an environmental concept artist, which is something I’ve wanted to be for a very long time. [That sale] really gave me hope.” She credits the buyer of that piece, the well-known NFT community member NorCal Guy:with helping kickstart her and numerous other artists’ NFT careers by buying their genesis works.

Bringing lore to her NFT work

Dursun explained that she created many of her earlier works with some unspoken lore behind them, with: Threshold: igniting her desire to tell a story through her work.

“When you look at the artwork, it kind of feels like you’re looking at a graphic novel,” Dursun elaborated. “I started coming up with the idea for this main character, someone trying to escape from this dystopian world. In Threshold, for example, the gate splits the city into two parts. On the dark side, it’s the side of the city whose resources have been drained. And the other part is where the high elites live.”

Dursun explained that almost every other piece she creates is a part of the same lore-based universe. Another one of her works, Invasion of the Lost Cityis in a separate part of the world that: Threshold: inhabits, for example:. Dursun plans to connect the lore of these individual pieces at some point.

“I wanted these things to feel real,” Dursun emphasized. “They’re not only these pretty nightscapes or dystopian cyberpunk images. There are stories behind them.”

Collaborating with Drift for TIMEPieces

In January 2022, well-known photographer and NFT community member Isaac “Drift” Wright invited Dursun to TIMEPieces, TIME’s Web3 community initiative. The two collaborated on the publication’s Slices of Time: NFT collection. DRIFT submitted a photograph of the New York skyline at dawn, while Dursun submitted a work that reimagined what New York might look like 100 years into the future. In Dursun’s piece, titled: Highgardens of NYCthe viewer can find a CGI rendering of Drift sitting on a ledge in the lower left corner of the image, overlooking the whole scene.

“I’m a huge fan of Drift,” Dursun exclaimed. “One day, he just texted me saying he got invited to TIMEPieces. I was so blown away. Working with Drift was such a fun experience because he does these great photographs of cities, and I try to take things to a whole different perspective. It was just a great collaboration for me.”

Reflecting on the latest crypto winter, Dursun said that the NFT community in Turkey mirrors what she sees happening globally, mainly because it has thinned out a bit in recent months as quick flippers leave the space.

“People come in and see they can’t make quick money and then leave the space,” Dursun observed. “I mean, I’ve seen that happen so many times. The space has had so many bad days, and we never stopped chasing our dreams and appreciating NFT culture. That’s so important to me, being a part of the community.”

Dursun’s next project involves an animation she’s been working on non-stop for weeks. She will display the work at a physical exhibition sometime in the near future, but is keeping details of the project close to the chest for the time being.

The piece represents Dursun’s long-held desire to expand her artistic repertoire from CGI stills to the animation space. And, after recently watching Netflix’s hit series Arcane:a production whose animation style garnered critical acclaim for its unique blend of 2D and 3D visuals, she feels even more motivated.

“I hope I can nail it,” Dursun said. “I feel that I have reached my limits [with CGI stills], and I want to grow more. I’m also painting the artwork. It’s so much fun working in both 2D and 3D.”

You can find İdil Dursun’s work on Foundation, MakersPlace, SuperRare, and Nifty Gateway.