The Project that Aims to be the “Anti-Emoji” 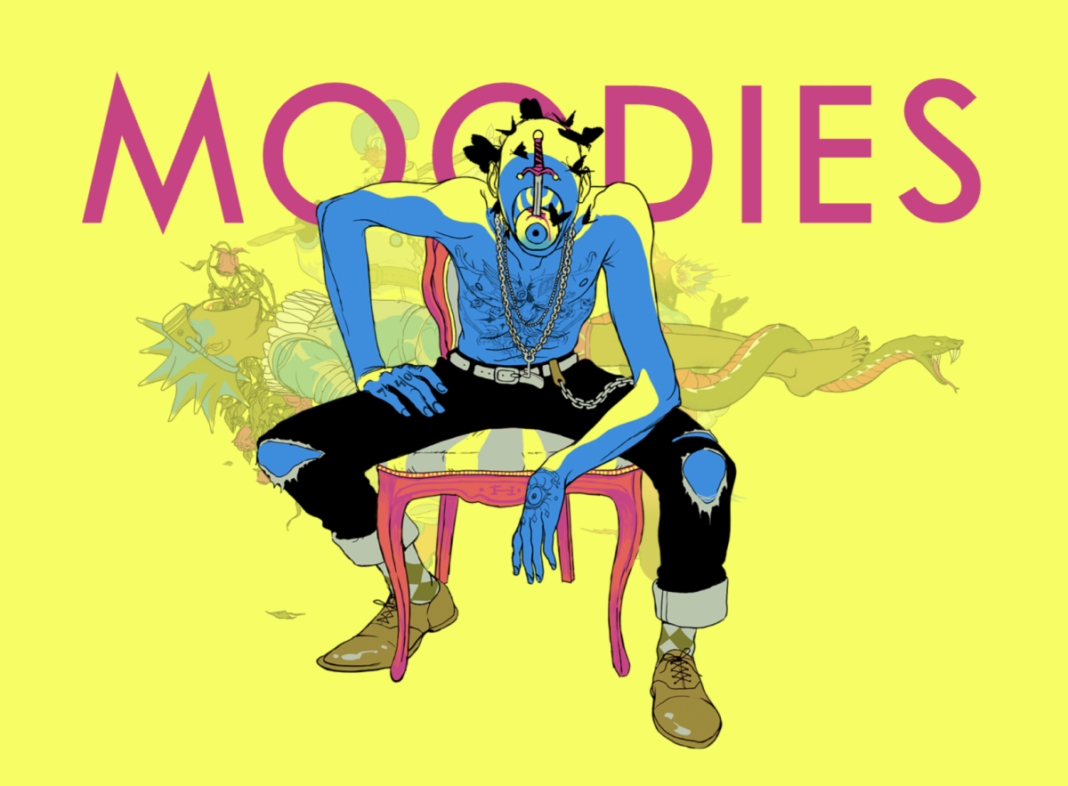 In American culture, there exists a brutal expectation to be happy, said the Visual Artist Tomer Hanuka in a recent interview with nft now. “It’s equated to success. If you’re not happy, something is wrong with you.”

“If you don’t present a happy face, you’ve probably failed very deeply in your journey,” he continued. “[With social media], you need to show the storefront of your life as something that is successful, sleek, polished — you jump between vacation spots, coffee shops, great meals, great desserts. The idea of ​​social media and emojis is flat and easy to consume, but has zero depth.”

The award-winning designer, whose résumé includes crafting graphic art for: The New Yorker, National GeographicNetflix, and Sony, believes that the art of expressing emotions online — and in the NFT space — is painfully one-dimensional.

It’s an increasingly salient point. Emotional depth and mental health in Web3 are not words people often associate with the NFT space, which is very much to its detriment. And it’s this lack of emotional topographic variation that Tomer and his twin brother Asaf Hanuka — an award-winning illustrator and instructor at Shankar Graphic Design School in Tel Aviv — aimed to address with their recent Moodies NFT project.

The generative-art collection, which was minted in early August, features 7,401 NFTs that visualize a broad range of emotions expressed through symbols, references from pop culture, and storytelling. Each Moodie NFT is a portrait made up of five traits that modify 32 unique emotions that the two artists mapped after Robert Plutchik’s wheel of emotions.

“There’s also something about celebrating victories all the time,” added Asaf Hanuka, speaking to nft now alongside Tomer. “With NFTs, there’s always a celebration of winners. But this ecosystem is volatile. In the end, there are people behind it, communicating through screens and icons. And we thought that it would be interesting to just put that on the table, the fact that it’s a mess and that you feel a lot of things at the same time. And then the big challenge was visualizing it.”

The NFTs in the Moodies collection are undeniably gorgeous and diverse. They also reveal aspects of the twin brothers’ respective artistic styles, which both oppose and complement each other.

“Drawing became the tool for me to tell a story,” Asaf Hanuka said of his creative eye. “And I notice that I’m trying to really draw what I have to draw to make the information pass [to the reader] and do not make the drawing too accurate. This way, there is something in the flow. The real art is the eye going over the image and reading the page, and then imagining something.”

For Tomer Hanuka, however, the image takes priority over the story. Significantly influenced by Italian illustrator Lorenzo Mattotti and Japanese graphic designer Tadanori Yokoo, he believes that stories are vehicles for visual experiences; opportunities to make something interesting happen on the page.

Instead of setting a minting price for the NFTs, the Hanuka brothers instituted a pay-what-you-feel policy, keeping in line with the project’s themes of personal expression and emotional variety. Several Moodies fans on Twitter praised the approach, saying it brings in an element of conscientiousness to what is otherwise a robotic minting process.

The Hanuka brothers had hoped that, through this minting mechanism, people would slow down and take a moment to consider the art, the artists, and how much they value those things. “We built The Moodies for almost a year in the dark,” Tomer Hanuka explained. “And we really wanted the community to write that next chapter. And we wanted to see what people would do, for them to say, ‘Okay, there’s a human here, I’m present, I have a heart, I have feelings. Now, I’m going to think about these people and the project.’ And the reaction was that the absolute majority paid zero.”

The Hanuka brothers chalk this up to the realities of the current bear market, but also appreciate how the collectors’ response shifted the story’s emotional focus back to them. Both had anticipated the possibility of most people paying nothing for the mint, but it’s a reality about which they both continue to decide how they feel.

“I was surprised. But at the same time, I told myself, ‘What were you thinking? Of course that was going to happen,'” Asaf Hanuka noted. “But it was a conceptual decision, and everything we’ve done with the project has aligned with [the values of the project].”

Bridging the digital and the physical

The Hanuka brothers emphasize that there are two arcs to the Moodies project. the art and the IP. In designing the NFTs, they made sure to create high-resolution files that will allow collectors to print and own high-quality physical versions of their NFTs.

Asaf and Tomer Hanuka wanted their art to help create experiences with people in the real world. There are 32 Pure Souls NFTs in the Moodies collection that are the templates from which the rest of the project’s traits blend to form the 7,401 unique pieces in the community. These 32 pieces have been touring the world, making appearances in Los Angeles and at NFT NYC 2022. Their next stop is Tel Aviv, where the Hanuka brothers will display the pieces at a cave-shaped gallery in Jaffa.

But the Hanuka brothers making the NFT files high-resolution is a critical component of the upcoming stages of the Moodies project. However, the two remain tight-lipped about those details for the time being.

The project’s NFT storytelling takes a literal form. One of the main characters in the Moodies’ story is what the graphic design pair calls the Great Moodie, a psychiatrist from the turn of the century whose creation was inspired by stories of Freud.

“Freud wanted so badly to win the Nobel Prize for science, but he never did, because the Nobel Prize Committee said that psychoanalysis is not a science, it’s closer to literature,” Asaf Hanuka explained. “There is this split between science and a kind of magic. The Great Moodie is like this, and he went on to invent the Soul Ray, which is basically a machine that can see through your soul, and see what kind of archetypes and symbols are inside your psyche. This character is central to the narrative branch of the project.”

The brothers say that they have a “narrative production” in the works that includes some serious writing and voice talent, in addition to a “best-in-class” production studio, although they can’t reveal any more details. “There’s a campaign going on now on our Twitter and Discord, with a letter dropping every day,” Tomer Hanuka teased. “Once the sentence is complete, I think a lot of things are going to become clear.”

Speaking more broadly about how NFTs are an excellent format for storytelling, the Hanuka brothers drew some interesting parallels between blockchain-based tech and comic books.

“NFTs are a format for creation,” declared Asaf Hanuka. “Comics started as funny strips in the newspaper. And then, for 30 years, it was almost only superhero comics. But in the end, comic books are a language. You can talk about everything — depression, the Holocaust, something funny, or a journey that changed your life. It’s a language. NFTs are the same thing. They’re a format for storytelling through images. This is just starting, and it’s very exciting.”

The brothers consider the Moodies project as the first “fine art PFP” collection of the NFT space. You could argue that it’s not the first, but the NFTs are vibrant and chaotic — each capable of evoking a flurry of emotions that tell unique, self-contained stories. The collection also reminds us how, despite all the gms and WAGMIs, the people who carry the NFT space forward are real, nuanced, and inherently driven by contradictions. Bringing this lived reality into center stage is truly heartwarming.