The Next Big Thing in NFTs? Artificial intelligence. 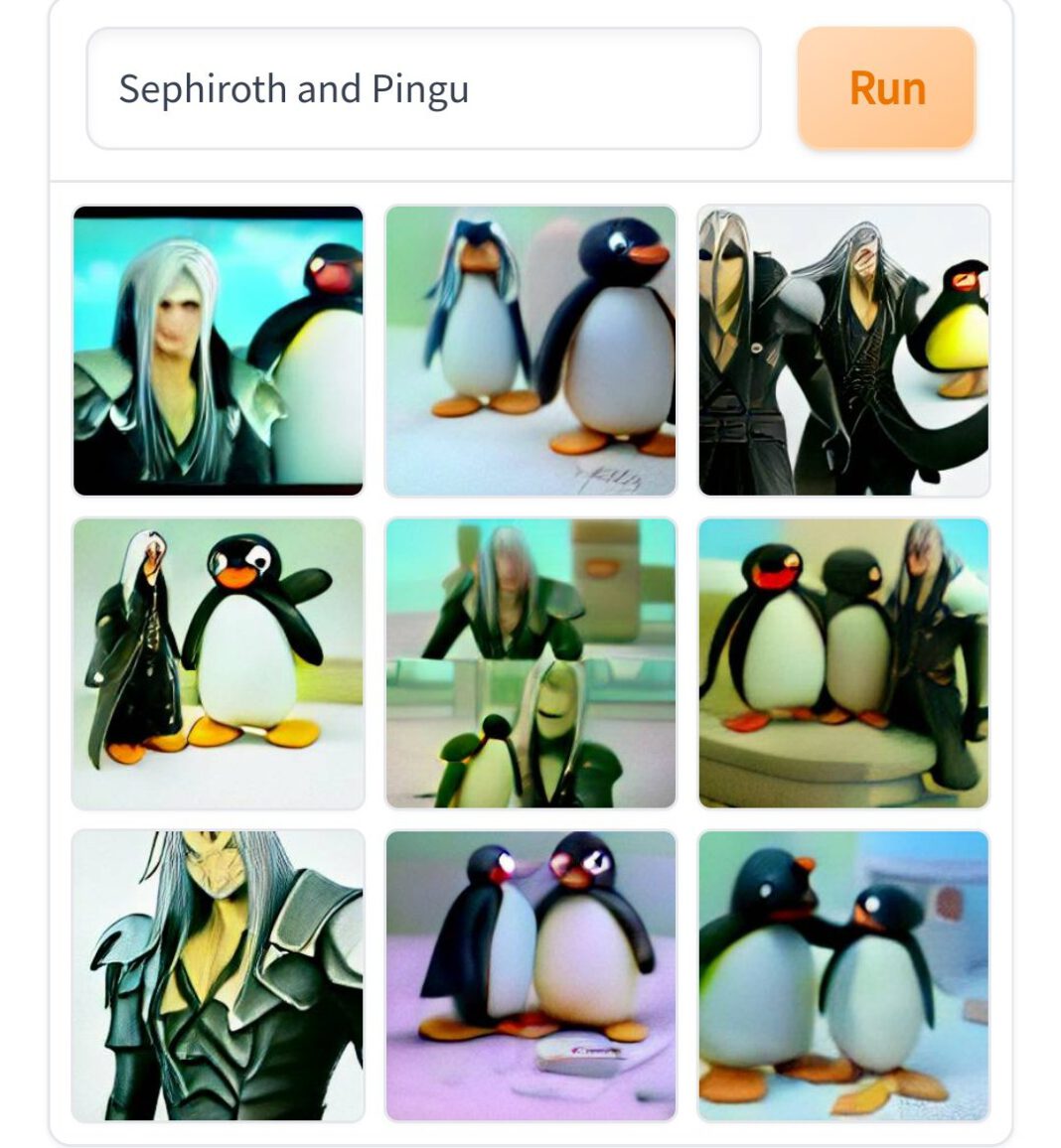 Artificial intelligence has come a long way since games like: Akinator: started terrifying people on the internet in the mid-2000s. Thankfully, AI’s progression hasn’t gone in a direction that would see a real-world equivalent to the Geth rising up. Today, AI is used in many practical settings — like in our virtual assistants and in our cars — as well as in more creative settings, such as music production, writing, and yes, even NFTs.

In the NFT space, AI-adjacent technologies have been used in generative art projects like Art Blocks. Here, users can browse the site’s marketplace for styles they like, purchase them, and receive generative art derived from that style in return. But what of NFT art billed specifically as created by an AI?

In the past few months, one specific creative application of AI technology has gone viral. image creation. Training AI models to turn text-based prompts into images is nothing new. But we’ve recently seen images generated via OpenAI’s DALL-E program flood our feeds as such AI-based tools become more user-friendly.

According to OpenAI’s website, DALL-E works by using its vast language database to turn text-based inputs from users into easily recognizable images matching or approximating the text input. This allows DALL-E to recognize parameters within the text-based input, such as the spatial relationships of the objects specified in the input as well as the individual properties of objects included in the prompt. Interestingly enough, almost every pop culture character you can think of is included in DALL-E’s data banks.

Many NFT collections (particularly PFP NFT collections) include thousands of unique images. As such, generating NFTs via AI tools like DALL-E seems like a no-brainer with regard to maximizing efficiency. However, as compelling as it may seem to feed absurd prompts into DALL-E and transform the output into NFTs, the platform raises some ownership-related questions for those hoping to utilize this technology to create an NFT collection.

Despite the fact DALL-E grants users a creative commons license to use images generated via the AI ​​”however they please,” copyright law on works generated by non-human entities is still rather murky. Let’s take a look at the famous “monkey selfies” copyright dispute as an example.

In 2011, wildlife photographer David Slater engineered a situation where a community of crested macaques in Indonesia was able to take “selfies” with his camera equipment. While Slater claims ownership of the photos, the US Copyright Office states that works by non-humans are not eligible to be copyrighted. Thus, the photos ended up in the public domain.

So where does this leave work created by AI? AI-created work seems to be more or less in the same boat as animal-made art, as it lacks the “human authorship” needed to bestow rights intended to protect the artist.

Humans in the loop

Does this mean that any art generated by an AI would prove to be an unsellable product? Far from it. It all depends on how the human creators of a project package it.

For example, Untitled Frontier utilized AI and machine learning models to build out pieces for its NFT collections, but these tools supplemented work entirely done by humans. With this technology at their disposal, Untitled Frontier was able to create a way for writers to sell NFT merchandise of their work by creating pieces of art inspired by short stories in their ongoing series.

“At the end of the day, the ‘machine’ still has to be guided by a human. whether that’s for specific outputs, or for inspiration,” said founder Simon de la Rouviere in an interview with nft now. “Ultimately, the creator still has to choose what eventually goes onto the proverbial canvas or manuscript.

Keeping humans actively involved in these AI-driven projects seems to be a re-occurring theme within the space. This is evidenced by projects like Botto, which relies on consensus — as well as Botto’s built-in capacity for learning and self-improvement — to steer the direction of the AI ​​artist’s output via community feedback. This culminates in the minting and sale of a single NFT that has gone through considerable amounts of scrutiny by the very human members of the Botto community.

Despite the massive strides AI-powered projects have made in the art world, particularly in the NFT space, some members of the AI ​​enthusiast community speculate whether the AIs are actually creating anything in the first place. “AI agents are not creating art; rather, they are replicating art,” wrote Will Chambers in an article on: Towards Data: Science:. Herein, he detailed how researchers were able to develop a Generative Adversarial Network (GAN), “a type of artificial intelligence algorithm in which two neural nets play off against each other to […] generate works of art,” Chambers said.

These GANs, also known as Creative Adversarial Networks (CANs), Chambers argues, don’t make capital-A “Art” in the way that humans do. They may be able to learn and create, but the resulting work lacks the essential human component that separates craft from art. “When a CAN agent generates a new image, it is not drawing upon his personal or collective experiences, neither conscious nor unconscious,” he said. “Its generated images are predicated on human experiences, as manifest in the symbols and archetypes captured in our human artwork on which the CAN agent is conditioned and trained.”

The future of AI in NFTs

But is art the only application of AI we could be seeing in the NFT landscape moving forward? Just as NFTs encompass far more than art, so too does the use of AI within the NFT sphere.

For example, we have projects like Alethea and Altered State Machine that allow users to embed their existing NFTs with an AI. According to their respective websites, doing so grants a user’s NFT the capacity to learn and grow over time, as well as providing users with more meaningful ways to interact with their NFT via the metaverse. Additionally, these AI-embedded NFTs are touted as appreciating in value not just in response to the market, but also thanks to how far along said NFT is in its journey of evolution, learning, and self-amendment.

With AI, budding artists, creators, and anyone else hoping to make a dent in the NFT space and beyond don’t have access to a tool that’s simply just going to work for them, but with: them. As de la Rouviere put it in a post on his blog, “The dream of an autonomous artist is exciting because it mediates a conversation between us and technology. To make art, autonomous, feels like creating life. a machine in the ether that is trying to tell us something. We become symbiotic, like bacteria in our biological bodies, in creating a form of life that talks to itself, and to us through art.”