Refik Anadol on How AI ‘Imagination’ Elevates Memory With NFTs 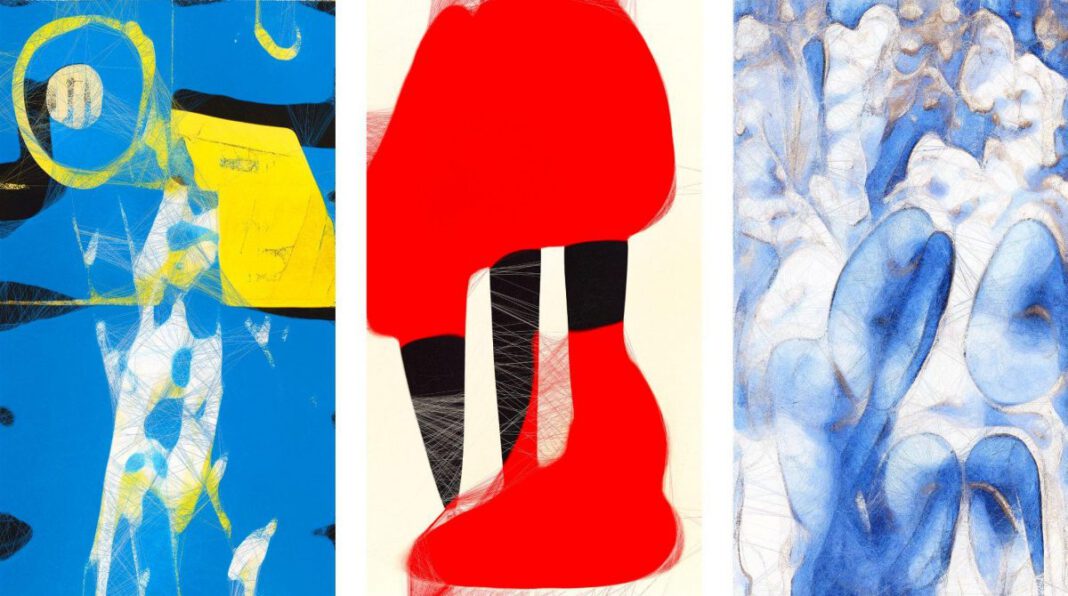 On June 25, 1949, the British neurologist Geoffrey Jefferson gave a lecture to the Royal College of Surgeons of England entitled The Mind of Mechanical Man. It may be surprising that machine intelligence was the subject of much debate in Jefferson’s time, with some describing the 1904s as the period in which artificial intelligence was born following the development of cybernetics. Jefferson’s ideas about the intersection of human and machine were ahead of their time and even impressed the great Alan Turing with their prescience and clarity.

“[N]ot until a machine can write a sonnet or a concerto because of thoughts and emotions felt, and not by the chance fall of symbols, could we agree that machine equals brain — that is, not only write it but know that it had written it, Jefferson said in his lecture. “No mechanism could feel (and not merely artificially signal, an easy contrivance) pleasure at its successes, grief when its valves fuse, be warmed by flattery, be made miserable by its mistakes, be charmed by sex, be angry or miserable when it can’t get what it wants.”

The question of artificial intelligence

Whether they know it or not, critics of artificial intelligence’s application in the art world — and by extension, the world of NFTs — employ a version of Jefferson’s argument when they declare that the technology takes something away from the creative “soul” of artists and their work.

But one look at recent computing advances, and it seems like the train has left the station. Millions of people are already learning how to make AI art. Thanks to prompt-based programs like MidJourney, DALL-E 2, and Stable Diffusion that turn text into images, creating art in tandem with AI has become commonplace. Developers are leaning heavily on the technology to help build out their NFT project visions. Companies are even working to give NFTs AI brains.

Of course, this could be assuming the consequence. Simply increasing the computational and adaptive powers of computing systems and calling it AI might not necessarily mean that these systems experience the drive to curiosity and sense of internal self-awareness that humans experience. Then again, the internal experience of consciousness and ego could also be an illusion. But to modern AI developers, thinking of humans as a special case might be outdated.

“In every chapter of humanity, endeavors and innovations and discoveries always light up some dinosaur views,” retorted Refik Anadol, the pioneering visual artist whose work sits at the intersection of digital media and machine learning, in an interview with nft now. “And I think that’s very normal. But to me, there’s an artist; there’s a desire. There’s a prompt; there’s a request; there is an input. I think this is pure collaboration — imagination with a machine.”

Anadol is well-known in the NFT space and beyond for his immersive (and often interactive) AI-infused pieces, including Melting Memories, a project inspired by his uncle’s Alzheimer’s diagnosis, An Important Memory for Humanity, which dropped in April of this year , and Unsupervised — Machine Hallucinations, which trained an AI model on the metadata of the Museum of Modern Art’s collection.

The idea of ​​embedding media arts into architecture through data and computation has long driven Anadol’s approach to his work. But his love for computers came even earlier when his parents brought home a Commodore 64 for his eighth birthday, which enabled him to dive into the world of video games. Later that year, Anadol saw Blade Runner for the first time, which changed how he would imagine the future of humanity.

“As a child, I didn’t strive to see the optimism in life,” Anadol said. “I found much more optimism in [that] movie I think that’s how I started to connect imagination and computation in my mind. Because to me, games were where we could escape or find new meaning, like creating a new world around a machine’s mind.”

Anadol went on to study Visual Communication Design at Istanbul Bilgi University, where he met a professor from Aalto University in Finland who taught Anadol how to start doing visual programming with a software called Pure Data. The programming language allows for interaction with algorithms and proximity sensors like microphones.

“That’s when I saw, for the very first time, the potential of programming invisible signals of data,” Anadol recalled. “It was a beautiful signal transforming into black and white points and dots and lines. And that’s how I got this idea of: [thinking of] data as a pigment, and that algorithms can become our brush.”

Before Anadol left Turkey to go to the States, he created a data sculpture media wall in Istanbul in collaboration with the architect Alper Derinboğaz, who had recently returned to Turkey after finishing a graduate degree at UCLA. Derinboğaz’s mentor, the famous Greg Lynn, inspired Anadol with: Animate Form, a book in which Lynn argues that the future of architecture is not static.

“I was inspired by data as a material,” Anadol explained.

Anadol then went to study at UCLA, choosing the university because it housed professors like Casey Reas. Reas is well-known for creating Processing, an open-source creative coding community that enabled Anadol to learn Javascript for the first time.

“He’s a true hero and a true pioneer in the field,” Anadol said. “He opened my mind.”

Data as an expression of humanity

Anadol believes that data is a form of memory and that this memory can have many different shapes, colors, and textures. The main objective Anadol has in his artistic practice is to make art for anyone of any age or background.

“This idea of ​​finding the language of humanity is a very challenging practice,” Anadol elaborated. “Archives are the memories of humanity. They have this cultural and historical context. That’s why I focus on urban spaces in my work, specifically looking for patterns of memories that belong to everyone. I look at these memories of humanity and how they can merge with the powerful creativity of AI.”

When discussing common fears that AI might replace the vital force of human creativity, Anadol casually dismissed them, emphasizing the collaborative nature of the technology.

“I’ve found that [AI] is an extension of my consciousness. It’s an extension of my imagination,” he said, “I see AI becoming this extension of the human mind. When I did Wind of Boston, I was [telling people that] the data is here becoming pigments and the algorithm can become a kind of a brush. Data is still the pigment — but now, the brush can think.”

Anadol generally agrees with artists like Claire Silver, who believe that because AI enables those who aren’t talented in drawing or painting to create art, skill and talent will slowly take a backseat to concept and vision. And while he doesn’t find programs like DALL-E 2 and MidJourney to be particularly groundbreaking in the nature of their algorithms, the egalitarian approach to creating AI art that these systems provide inspires him greatly.

Anadol’s upcoming projects are unsurprisingly ambitious. He’s released some tantalizing images on his Twitter account recently that hint at what fans of his art can expect, and told nft now that this next release will be an iteration of his DATALAND series.

“Basically, we are also exploring Stable Diffusion in a very custom way,” Anadol teased. “Six months ago, I was using DALL-E 2, and it was a massive trigger for my imagination. And for six months, I’ve been prompt engineering many concepts. DATALAND is completely designed by machine-assisted imagination. It will be a breakthrough in our journey as a studio, but also for the Web3 community.”

Anadol plans to continue using AI to create art while expanding its use cases in the context of Web3. And it’s having a galvanizing effect. Needless to say, his passion for the future of space — and all of the tools at his disposal to potentially revolutionize it — is contagious.

“As a person inspired by innovation and discovery every single moment of my life, I can say that this is one of the most ambitious and truly cultural Web3 projects,” Anadol said. “It is not something we are used to [seeing] in the space. It’s more than an NFT collection — it’s an experience in life first.”