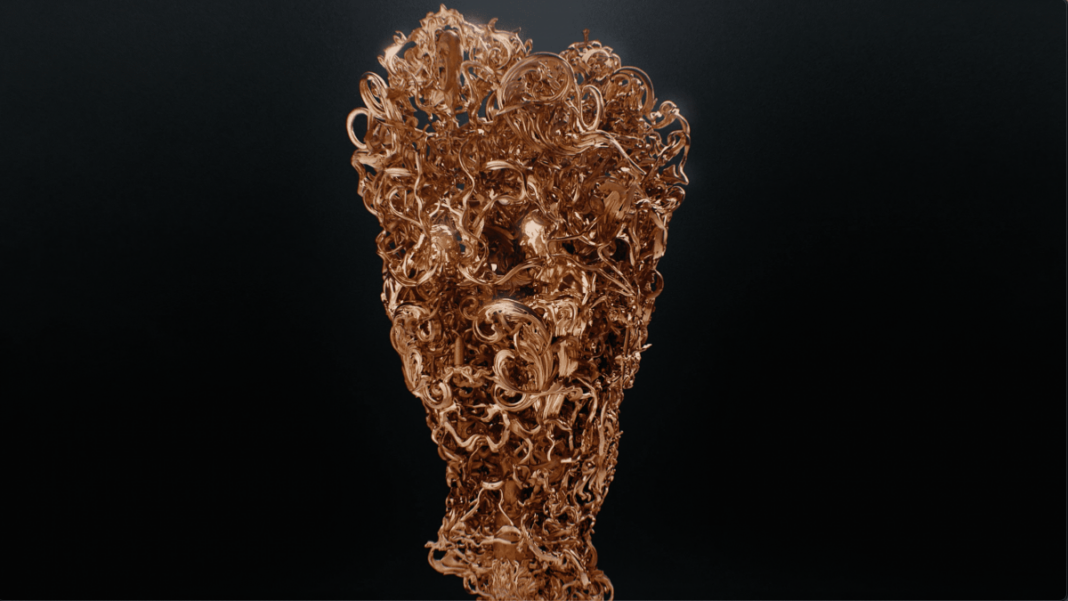 Korea has caught the NFT bug and slowing crypto markets are not deterring collectors. Coinciding with the inaugural Frieze Seoul this past week, KIAF, the longest-running art fair in Korea, debuted its new KIAF Plus satellite fair with a focus on emerging artists whose work spans diverse genres and innovative practices, including new media art and art NFTs . Here are a few of the NFT highlights from a whirlwind week in Seoul.

American artist Kenny Scharf previewed his upcoming NFT drop at KIAF Plus, as well as at Gallery Hyundai, a prominent gallery that has ties dating back to artist Nam June Paik in the 1970s. Scharf’s NFT series is dropping in November on Etnah, an NFT platform run by Gallery Hyundai, and will echo the colorful cartoonish faces that have become a signature of his work.

Presented by PKM Gallery, Cody Choi’s Database Painting, Animal Totem, Tigers 2208030330 is a tokenized version of the Korean artist’s first “database painting” from 1999, an early digital work in which Choi colored a 3D jungle scene in bright pink, yellow and green. The work is currently shown at Seoul’s Incheon International Airport alongside more than 60 other NFTs.

Tokyo/London-based art duo AA Murakami previewed their first-ever NFT in partnership with Pace Verso, the web3 hub of Pace Gallery and Art Blocks, the leading platform for generative art. Titled: Floating World Genesis, the body of work is comprised of 250 unique NFTs, each depicting one of three animated scenes chronicling the origins of life on earth as inspired by the Miller-Urey experiment of 1953, which simulated conditions of the early Earth to explore how life first formed in the primordial oceans through self-organizing bubbles.

Elly Cho is an award-winning filmmaker whose work explores the intersection of nature, the environment and human behavior. Her solo show at KIAF Plus, set inside an island in a metaverse of her own creation, placed the viewer as a vulnerable human being in the middle of the ocean facing impending effects of climate change, including rising sea levels, coastal damage due to plastic pollutants, extreme weather and global warming.