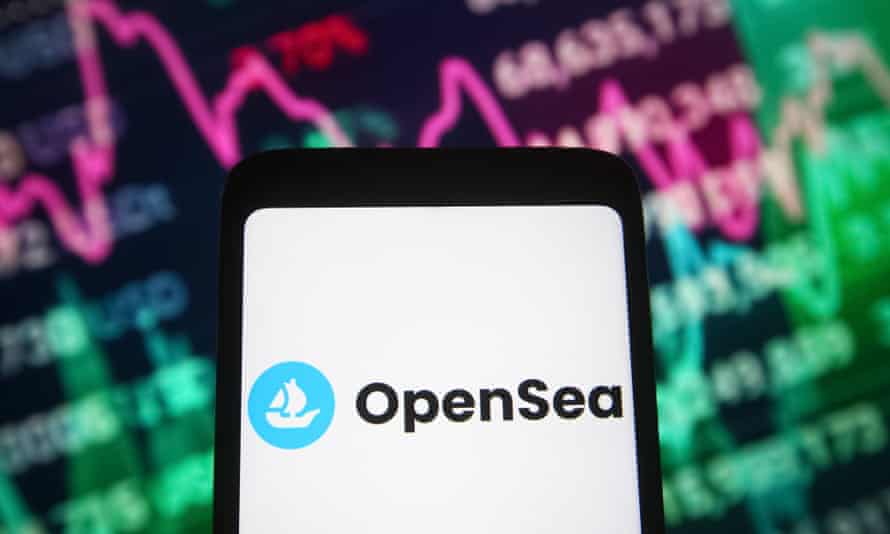 When Lois van Baarle, a Dutch artist, scoured the biggest NFT marketplace for her name late last year, she found more than 100 pieces of her art for sale. None of them had been put up by her.

Van Baarle is a popular digital artist, with millions of followers on social media. She’s one of a growing number of artists who have had online images of their art stolen, minted as unique digital assets on a blockchain, and offered up to trade in cryptocurrency on the NFT platform OpenSea.

The rise in such thefts comes as the market for non-fungible tokens, or NFTs, exploded last year, growing to an estimated $ 22bn, attracting Sotheby’s and Christie’s, and driving multimillion-dollar auctions for these new certificates of ownership of digital assets.

OpenSea has grown at a dizzying pace, and is now valued at $ 13bn. But amid its spectacular rise, the company is doing far too little to prevent the: trade in: fraudulent NFTs, some artists charge, and is placing much of the burden of policing art fraud on the artists themselves.

OpenSea said in a statement: “It’s against our policy to sell NFTs using plagiarized content,” adding that it regularly delisted and banned accounts that did so. The company said it was working to build new image recognition and other tools that would quickly recognize stolen content and protect creators, and that it planned to launch some of them in the first half of this year.

A boon and nightmare for artists:

In theory, blockchain technology was supposed to make it easier for digital artists to sell unique tokens of ownership, offering buyers: a permanent record of ownership linked to the work.

For some artists, the technology opened up a new way to earn money: : Kenny Schachter, a New York-based video artist and art writer, embraced NFTs early and said he has made hundreds of thousands of dollars in the past year, after three decades working within an art world in which video art rarely sold.

“We’re in an incredible mushrooming of opportunity for digital artists,” said Schachter. “It’s 1,000% better than a year ago, two years ago, when there was no marketplace for any of this art.”

But other artists say that the past year crypto boom has been a nightmare. Among the problems is that anyone can “mint” a digital file as an NFT, whether or not they have rights to it in the first place, and the process is anonymous by default.

“It is much easier to make forgeries in the blockchain space than in the traditional art world. It’s as simple as right-click, save, ”said Tina Rivers Ryan, a curator and expert in digital art at the Albright-Knox gallery in Buffalo, New York. “It’s also harder to fight forgers. How do you sue the anonymous holder of a crypto wallet? In which jurisdiction? ”

DeviantArt, a decades-old online community for digital artists that hosts half a billion pieces of digital art, began monitoring the blockchain for copies of their users’ work last fall after NFTs based on stolen work by Qing Han, a beloved artist who died in 2020 after publicly chronicling her struggle with cancer, were found for sale on OpenSea.

DeviantArt has sent 90,000 alerts about possible fraud to thousands of their users since then, company executives said. It’s now scanning for fraud across 4m newly minted NFTs each week. The number of alerts doubled from October to November, and grew by 300% from November to mid-December.

The attacks have focused on DeviantArt’s most popular artists, measured by likes and comments, Levy said, rather than any particular aesthetic.

‘How much of their valuation is from stolen art?’

Aja Trier, a Texas-based artist who has found viral fame for painting riffs on Van Gogh’s Starry Night featuring various breeds of dog, said she discovered 87,000 NFTs based on images of her work for sale on OpenSea, many of them priced at $ 9.88 each .

Trier said 500 listings of her stolen work were added in a single night, suggesting the theft was being automated and carried out by bots.

The recourse she has as the legitimate creator of the work, she said, is to write individual copyright infringement takedown requests to OpenSea and to manually monitor for new fraudulent listings – all time-consuming work.

The most effective way to get the company to take down their stolen work, Trier and several other artists said, has been by tweeting angrily about the problem or talking to media outlets.

At least 37 NFTs made based on Trier’s stolen work were bought before OpenSea took down the fraudulent listings, Trier said, and she has not seen any of that money come back to her, even though OpenSea makes a 2.5% commission on each sale.

“It seems to me that they’re making some money on illicit behavior,” Trier said. “They have a $ 13bn valuation and they’re trying to go public. How much of their valuation is from stolen art? ” Lol

The kind of fraud artists were complaining about made up only a small fraction of its transactions, OpenSea said. It took enforcement action on 3,500 collections of NFTs every week for counterfeit or copyright reasons, it said, which represents 0.175% of the platform’s more than 2m total collections. It said the site now lists more than 80m individual NFTs.

But the problem of plagiarism, whatever its scale, was an important one, the company acknowledged: “We are constantly evaluating new ways to do our part.”

‘One huge mess of theft and fraud and inauthenticity’

The current reporting process for artists whose stolen work is turned into NFTs is confusing and laborious, confirmed Ashli ​​Weiss, a Silicon Valley lawyer who specializes in intellectual property and works with blockchain companies, adding that there is currently little incentive for OpenSea and other marketplaces to fix the problem. “OpenSea is getting paid with each transaction.”

OpenSea disputed the view that it did not have an incentive to tackle art theft and plagiarism: “For more people to join OpenSea or other Web3 communities, these issues must be addressed head-on,” a spokesperson said.

More than half of the company current staff works either full-time or extensively on issues of plagiarism and content moderation, OpenSea said, and it is developing “smart moderation” tools to speed up the company’s response to reports of plagiarism.

But the company also defended some of the policies that artists would like to change as essential to its mission. While some artists would like to see a crackdown on bots, creating hundreds or thousands of NFTs at one time is normal for the space, OpenSea said, noting that there are 10,000 “Bored Apes” and more than 8,000 “Pudgy Penguins”, two of the most prominent and commercially successful NFT collections.

Van Baarle, the Dutch digital artist, said she has seen OpenSea’s process for reporting art fraud improve somewhat over the past year. In the early months of trying to flag her stolen art on the platform the site had a “report” button that never generated any response to her at all. By late December, she said, it had introduced a reporting form that made it substantially easier to log the fraud, and each attempt at least generated an email response.

But the company can still do more to verify an NFT’s legitimacy before the token is offered up for sale, she said, rather than having artists play whack-a-mole with an endless sequence of anonymous grifters.

“For a concept that is supposedly about authenticity, to me it looks like the opposite,” Van Baarle said. “From where I’m standing, it looks like one huge mess of theft and fraud and inauthenticity.”