Flaming heck! Damien Hirst is setting his art on fire – and he’s not the first Painting: 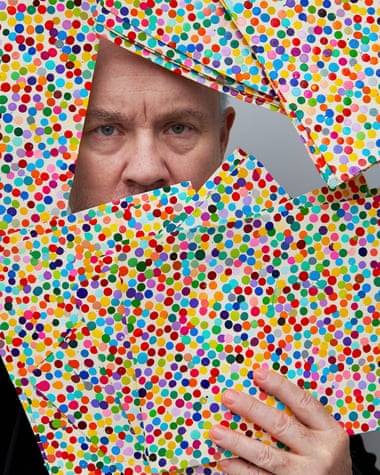 D:amien Hirst may not be pickling animals these days, but his latest stunt, The Currency, has caused equivalent relish and scorn. Having painstakingly created 10,000 dot paintings in 2016, Hirst is now combining three of the most annoying things in art – self-sabotage, NFTs and insane amounts of money – by offering every buyer an ultimatum. choose between the digital or physical version and the other will be burned to a crisp. Because people just want to watch the world burn, more buyers are choosing to keep the NFT.

For some, this cremation has sparked inspiration; for others, it’s thousands of pieces of pointillism pointlessly heading to the incinerator. Regardless, Hirst isn’t the first to play with fire; as long as there’s been art, there’s been arson. It’s likely that since Homo erectus discovered the element and the Neanderthals got arty, valuable things have been claimed by flames.

Of course, most fires involving art are accidental. Due to flammable materials and hazardous studios, the art world has experienced more than its fair share of infernos. Glasgow School of Art has gone up in flames twice in the last decade, while in 2004 the Momart warehouse fire in London destroyed British art worth about £30m, including, ironically, work by Hirst.

“An event like a Momart fire is good for revealing the way art metaphorically trips on the carpet,” says Dr Jared Pappas-Kelley, author of Solvent Form. Art and Destruction. He argues that all objects of art hold their own destruction latent within them.

The public’s reaction to that blaze was different from the sympathy shown in the wake of the Glasgow fires. “After the Momart fire there was an almost gleeful response. Some saw it as a cultural comeuppance.” Hirst’s was one of the first big names that the public latched onto. Pappas-Kelley suggests it sparked “schadenfreude towards the YBAs” in general.

While most such fires, and the reactions, are out of the control of the artists, others become accidental arsonists. Tom de Freston, putting the finishing touches to a collection of works with the Syrian writer Prof Ali Souleman, watched his own blowtorch incinerate the entirety of his studio. “For various reasons, I decided to kind of ritualistically burn a number of paintings… setting light in order to create,” he explains. The fire “really, really, quickly escalated” and 12 years of work was destroyed in as many minutes.

Something new, though, was forged in the flames. There was “a period of grief and mourning…but at the same time the very next day looking at the burnt out space and seeing possibility everywhere”. This led to a kind of alchemy, with De Freston turning the ash into new paintings and appreciating the pieces burned beyond repair as “astonishing sculptural objects” that held a secret history beneath the mystical charcoal. A similar incident happened to art scholar Jes Fernie, who had arranged for Heather and Ivan Morison’s Ultrasauros sculpture to be moved to Colchester, but the night before the dinosaur’s journey, it burned down. “I felt quite upset and annoyed and worried about what the hell I was going to do,” Fernie says. As with De Freston, though, a bright side emerged. “Then I thought actually, I’m just much more interested in this now it’s been burned, what’s that about?” It led to the foundation of the Archive of Destruction, a timeline of destroyed art built on there being something “interesting about something that existed and then no longer exists or is transformed in some way”.

It is this potential for transformation that has led to artists such as Hirst burning their work on purpose. John Baldessari famously set fire to his own work; 10 large boxes of ash were stored on a bookshelf for the rest of his career. “To be creative you have to have destruction quite often, too,” he said afterwards. “It’s like the idea of ​​a phoenix rising from the ashes.”

Others have made immolation part of the art from the beginning. In his Homage to New York, Jean Tinguely created a kind of Rube Goldberg contraption on speed, an assemblage of wheels, drums, toys and a bathtub that set itself alight in the garden of MoMA. Alfredo Jaar created a paper museum in Skoghall, a small Swedish town, before burning it down after 24 hours. Again, something new emerged. the community outrage led to Jaar being invited back to design a permanent cultural center. Last year, Urs Fischer burned gigantic candle sculptures for a slow-motion spectacle that melted over months into amorphous pools of wax.

Adding fire doesn’t merely cause a newfound appreciation, it can even add value. Last year, someone known by the Twitter account @BurntBanksy spent $95.00 on a print of Morons (White) – a work by Banksy inscribed. “I can’t believe you morons actually buy this shit” – before burning it and selling the video as, you guessed it, an NFT. “The idea in its purest form was to take something that has ‘value’ and destroy it,” said a representative of Injective Protocol, the company behind @BurntBanksy. The NFT went for four times the price of the original, funding a new crypto-art venture called Burnt Finance, which – if you’re feeling charitable – might be viewed as a symbolic burning down of the old to bring in the new.

This chimes with what Hirst is aiming to achieve; while it may seem braver to burn yours own: work, it’s less courageous when you’re aware of the value it creates. “He’s incredibly savvy about how to play the game,” Fernie says. “He’s trying to create currency (like the title of the work). He knows that his value is in decline – he’s using the machinery of marketing and PR to increase the currency of his identity.” Potentially $20m better off after the stunt, he’s likely to have money to burn.

Beyond monetary gain, all these intended burnings rely on a simple, elemental truth. fire is alluring. For Pappas-Kelley, a blaze gives a “bit of razzle dazzle” and involves the audience. “In theory no one is neutral at these specific fires – you either set it, are trying to put it out or are watching the spectacle of it,” he says. “People are still really interested in a visceral kind of physical experience of destruction,” Fernie thinks. It’s why people still wrap up in sub-zero temperatures to see Guy Fawkes set alight; why Burning Man is named after its end-of-festival effigy; or why vapes aren’t as sexy as cigarettes. So strong is the emotional pull of fire and its ability to destroy something of value that it is also a source of taboo. The burning of art recalls the Bullingdon Club lighting £50-notes in front of homeless people or Burberry burning £28.6m worth of clothes. Incineration is wasteful, an environmental sin, reserved for the privileged. Even @BurntBanksy struggled with burning the Morons print, refusing to disrespect it by using lighter fluid. “I didn’t want to tamper with the piece in any way… I remember saying in the video that it looks like this thing wasn’t meant to be set on fire.”

Perhaps the unrivaled moment in this flammable history of art, bringing together intention, value, performance and taboo is the KLF’s The K Foundation Burn a Million Quid. The firebrand rave duo went to the Scottish island of Jura with £1m in cash that they burned in a disused boathouse. The film was also destroyed, apart from a copy later broadcast on the BBC.

Even now, critics find all this difficult to digest. “There’s something different between burning art – the potential of value – and burning money … there is an anguish when you think about what you could do with that £1m,” Pappas-Kelley says. “There is that ‘let them eat cakeness’ to it.” “It’s connected to privilege,” Fernies says, recalling that her own arts-and-crafts creations with real £1 notes as a child horrified her family. The KLF themselves regret the act; but even in this case, something new was created. The Brick, a sculpture created from the ashes and exhibited at the Barbican.

While most of us don’t have £1m to burn, is it ever a good idea to burn your own stuff? Unfortunately, fire isn’t a get-rich-quick scheme. As Fernie notes, a “15-year-old with a match” torching something is a “completely different proposition” from successful artists, while @BurntBanksy says that “random people burning art” since their stunt have failed to inspire the same buzz. “Anyone can make fire out of paper,” he notes.

Beyond artistic or economic value, though, there is something emotional at play. Burning something has a cathartic quality, realized in the TV trope of moodily burning a photo of an ex. While NFTs may be part of the art world’s move to digital, Fernie argues that the personal burning of possessions is still alive and well. “One of my kids just finished their A-levels and went to someone’s house and had a ceremonial burning of all their revision notes. Honestly it was brilliant – they were all chucking it in the fire.”

On September 9, Hirst will start to burn his paintings, leading to a final blaze for the week-long Frieze art fair London in October. He will, we’re promised, attend the closing fire himself, giving you a chance to watch the creator burn $2,000-a-pop art. We don’t condone theft, but it may be savvy to grab some of the ashes – you could pocket a fortune.