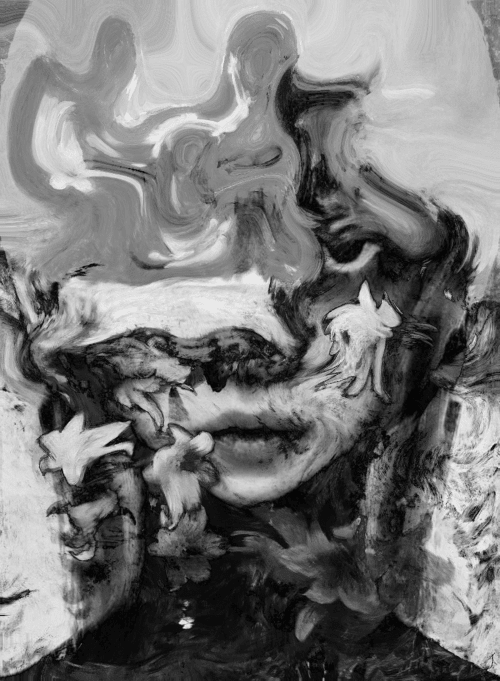 The idea of ​​using code and computers has proven to be one of the fastest-rising movements within the NFT and traditional art worlds, given the success generative art has enjoyed in both spaces. But what if we could go further? What if instead of using code to create art algorithmically, the code made the art? artificially, as a flesh-and-blood artist would? Well, we have the answer. It’s AI art.

Through the newfound ubiquity of AI art-creating tools like Craiyon and Midjourney, it’s never been easier to get started creating art. That said, these tools have stirred an endless debate on whether artists relying heavily on AI tools to create their work can even be considered: artists. So can they? If this roundup of AI artists and projects finding success in the NFT space and beyond is anything to go by, then the answer is a resounding yes.

In a 2022 episode of the nft now podcast, anonymous multidisciplinary artist Claire Silver addressed the mounting concerns regarding AI art head-on. Instead of viewing AI tools as a way for artists to artificially outsource their creative output, Silver likened these tools to a similar invention that gave artists of the time pause. the camera. And just like how the camera gave rise to an artistic movement centered on depicting the world around us, AI tools offer artists the ability to take snapshots of whatever they may be seeing in their mind’s eye.

Considering Silver’s take on how AI tools fit into an artist’s utility belt, it’s no surprise that her work in the NFT space still carries with it a distinctly human element. Touching on themes like “vulnerability, trauma, disability, social hierarchy, innocence, and divinity” in her website, Silver’s work also reflects a new truth coming to prominence in the NFT art world. taste is the new skill.

If early 2022 prepared the way for AI artists to enter the pop culture spotlight, late 2022 has done the same for AI writers of all kinds. Following the November 2022 launch of ChatGPT, the entire world became witnesses to the sheer potential of how far AI technology has come. Through this tool, users can ask the bot a litany of questions, and even fulfill requests within reason. So how does this fit into the world of NFTs, which is mostly associated with audiovisual forms of art?

Enter Sasha Stiles, one of the biggest advocates for literary NFTs and the growing AI NFT art movement. Her work in the NFT sphere has largely focused on bridging the gap between text and technology, leveraging her lifelong love of poetry and literature, with her work and experience as an AI researcher. Although these fields of interest may seem disparate on paper, her two primary interests came to a head with the release of BINA48, a startlingly well-read humanoid AI robot whom Stiles fashions herself as her poetry mentor. Stiles is also known in the NFT space for co-founding the VERSEverse, a crypto literary collective that focuses its discussions on how Web3 technologies can further impact and improve the lives and work of literary practitioners around the world.

Over the course of ten months, digital artist NA1: sought a means to push generative-adversarial networks (GANs) and other AI tools he had at his disposal to their absolute limits. How? Via the creation of a set of NFT trading cards sporting art, flavor text, and everything else created by none other than AI platforms. Hence the final name for this massive endeavour. Entropy Cards.

What really made this project so unusual is that it involved as little direct human input as possible, and is effectively the product of telling several AI tools to work together to create a full-fledged collectible card game. The first step came via training AI models on several existing collectible card games, analyzing each card’s art and flavor text. NA1 and the rest of the Entropy Cards team then ordered the ChatGPT precursor GPT-3 to spit out text prompts to feed into the GAN used for the project, along with any text each card may contain. Despite how AI tools seemingly did all the work, it took the careful curation and guidance of the Entropy Cards team to ensure that the cards still made a semblance of sense.

What could possibly be the next logical step after generative PFP NFTs? Why, generative PFP NFTs made by AI, of course. And so, what better way to put this concept to the test than by attempting to reproduce one of the most popular NFT collections of all time with AI tools. the Bored Ape Yacht Club.

When Artsy Monk creator: Crypto Grimms stumbled across the Google computing platform Colab, he immediately had the idea of ​​seeing if he could ask this AI tool to create images in the style of famous artists. His first experiment eventually allowed him to “train a neural network to paint a cartoon punk in the style of Picasso,” as detailed in a blog post on Bored Panda. A few months later, and with better AI platforms at his disposal, Grims eventually got to work on what would become the Artsy Monk collection.

The AI ​​art world doesn’t have to be a solitary space. In fact, entire communities have rallied around these new AI tools members of the NFT space now have at their disposal. Most notable of those is Botto, an AI artist and NFT project that aims to filter the use of generative adversarial networks (GANs) through a uniquely Web3 lens. Instead of just one person feeding this AI artist text prompts, decisions on the direction of each piece Botto produces are achieved through a consensus. In short, it’s a decentralized way of creating AI NFT art.

Following several rounds of gathering and implementing community feedback for each piece the AI ​​artist is working on, the process reaches its completion in the mint and sale of a single NFT. And of course, its credited author isn’t just the AI ​​artist. It’s the entire community who played a hand in helping shape the final product.