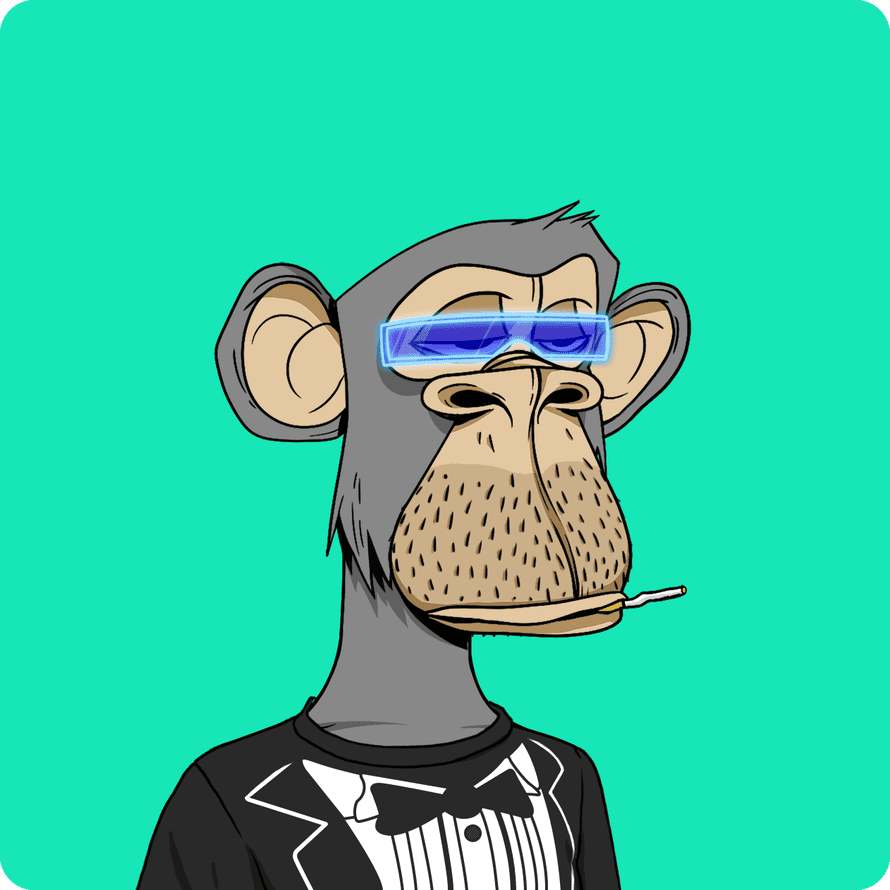 I:n January, a clip from The Tonight Show featuring Jimmy Fallon and Paris Hilton went viral: not because either had said anything particularly interesting or scandalous, but because the interview was so uncanny in its content and its style. In the video, Hilton, who looks like a telegenic, radioactive Barbie in a lime green cocktail dress, is discussing Bored Ape NFTs, the popular crypto images that have been selling for a minimum of $ 200,000 since their first release in April 2021.

“I’m so happy I taught you what they were,” she informs Fallon in a voice a little lower than her usual characteristic purr.

Their back-and-forth, in spite of both these people having worked in entertainment for at least two decades, has all the breezy naturalism of a conversation between chatbots, as if somebody had made a Paris-Hilton-Jimmy-Fallon deepfake carefully designed to fail the Turing test.

Hilton, as it happens, is not the only quintessentially 00s cultural icon to have embraced NFTs (non-fungible tokens; a one-off digital artwork), even if she might be the only one who describes them as having “literally taken over my entire mind and soul ”. Lindsay Lohan, who once helped advise the readers of Interview magazine on how to get “filthy rich on NFTs”, has worked with a collective called Canine Cartel to release a much-mocked “fursona” NFT that depicted her as a sultry cartoon wolf. Gwyneth Paltrow revealed last month that she had acquired a Bored Ape NFT, her blond hair and Breton shirt selected to reflect her subtle taste. Eminem – never one to miss an opportunity for wordplay – bought a so-called “EminApe”.

There is something oddly perfect about the marriage between NFTs and the most memorable figures of this period, perhaps because many of the most popular works tend to approximate a mid-to-late-00s aesthetic: bright, cartoonish, closer to a two-dimensional Funko pop than to fine art. “A lot of the NFT market is based on collectibles,” art critic JJ Charlesworth told Vice, “and there’s always been a visual culture in collecting: from comics, to trainers, baseball cards – that is very mainstream. ”

The most popular NFTs feature a single figure on a colorful background, making Charlesworth’s comparison to a baseball card especially apt. The Bored Apes all showcase the same humanoid ape wearing a variety of accessories and disguises; Lazy Lions do the same thing, but with lions; CryptoSharks, at least, have the distinction of being shown in various lurid, vaguely rendered global settings, as if they have been transposed into an acid-tripper’s vision of Hollywood or Beijing. I recently received an email about a limited run of NFTs called “Lobstars”, which depict “hyper pop” lobsters dressed as familiar works of art, including Andy Warhol’s soup cans and Marcel Duchamp’s urinal. On OpenSea, the popular NFT marketplace, it is possible to type in almost any animal and find a corresponding series. (I was somewhat stunned, for instance, to discover that some enterprising soul had produced 11 loudly patterned “Lazy Anglerfish”; one has sold so far for roughly the equivalent of £ 22).

NFTs are art as a status symbol-cum-investment, packaged in a mainstream shell:

The upside of many NFTs having a uniform visual style is that, theoretically, as many of the medium’s biggest fans will stress, there is something inherently democratic about their design and their acquisition. If not every NFT creator makes the kind of money Bored Ape Yacht Club makes, they still have a fairly equal opportunity to share their work. Searching OpenSea for pieces is still easier by far than buying physical work from a gallery or an auction, and the only barrier to entry is a working knowledge of cryptocurrency. Buyers and artists who grew up on the internet of the 00s, meanwhile, may experience deja vu when given the opportunity to customize what is effectively an avatar, harking back to online cartoons like Blingees or Dollz Mania. When a rash of articles appeared in 2021 suggesting NFTs might be the Beanie Babies of the 2020s, the comparison was meant to be an insult; still, it is hard to overestimate the power of nostalgia when it comes to millennials on the web.

In part, the interchangeability of these bestselling NFTs is the result of the way they are produced: Bored Apes and Lazy Lions, for instance, are created with an AI that adds minor variations to a template until 10,000 unique versions have been minted. Their similarity also allows those who purchase them to mark themselves out as a member of a club, making them as obvious a flex of the purchaser’s wealth as a Birkin bag or a shiny red Ferrari. In the case of Bored Ape NFTs, the purchase literally buys the owner entry into private online parties, making them a gateway into networking with other influential people.

Unlike Fallon, I have not been lucky enough to have NFTs explained to me by Hilton; I: can: see, though, why they might appeal to internet-savvy celebrities, especially those devoted to growing a social media following. If they recall any previous art-world trend among extremely famous people, it might be the craze for buying pieces by the New York artist KAWS, whose Mickey Mouse-like figures with cartoonish skull-and-crossbones heads began cropping up in celebrity homes in the 2010s, and whose work became particularly popular with the Kardashians due to its Instagrammable aesthetic.

“If branding and concept are the two most important elements in becoming a world-conquering artist in 2021,” a GQ profile of the artist suggested, “then KAWS is one of the few to have mastered both.” Setting aside the fact that this may be one of the most depressing sentences that anyone has ever written about art, if “branding” does make up a 50% share of what it takes to become “a world-conquering artist”, it makes sense that NFTs are conquering a very similar space to the one previously dominated by figures such as KAWS and, even earlier, by pop artists including Jeff Koons. Art that exists as a status symbol-cum-investment, packaged in a shell so mainstream that it requires absolutely no knowledge of art history to appreciate its style, has long been of interest to those looking to express themselves, impress their moneyed peers, and add to their financial portfolios in one fell swoop.

Like Koons, who has produced garish bags for Louis Vuitton, and KAWS, who has designed a runway show for Dior Homme, Bored Ape Yacht Club has recently announced it is undertaking its own fashion collaboration with Adidas – a move that proves to be far easier for an artist or collective when its work already resembles a logo. If Bored Apes, Lazy Lions and Lobstars might be seen as fitting into an age-old tradition of artists depicting animals in their art, they might just as easily be seen as following the Ralph Lauren Polo horse, the Lacoste crocodile or the Swarovski swan in a long line of instantly recognizable fashion creatures designed to telegraph status and expensive taste.

Just because the most popular NFTs tend to be simple, bright, cartoonish and produced in enormous, variable sequences does not, of course, mean that this is the only form of NFT that can be minted. It is possible, for instance, to make one out of a video. Rewatching that very eerie, very 2022, segment of Hilton and Fallon talking with restrained enthusiasm about MoonPay and Bored Apes, I found myself wondering whether anyone had yet been savvy enough to make this particular clip into an NFT. The flatly artificial TV lighting and the stilted dialogue both give the scene an unreal, almost hallucinatory quality. As in some of the CGI pop culture collages minted by the artist Beeple, who once released an eye-popping NFT of an absurdly muscular Elon Musk in front of an exploding rocket, we are seeing familiar figures in a disconcerting, unfamiliar context.

As a historical artefact, the interview also ably captures a very specific time in human history: one in which the phrase “You taught me what’s up, and then I bought an ape” means something entirely different from what it might have only six months earlier. At the end of the video, Hilton tells the audience that she is giving each of them an NFT, and Fallon says that this must be the first NFT giveaway in television history. “Iconic,” Hilton smiles, and in accordance with the loosey-goosey, hyperbolic modern usage of the word – one that can apply to a TikTok or a jpeg of an ape as easily as it can apply to, say, a work by Basquiat – she may be right.