A Talented Filipino Artist With Autism Is Making His NFT Debut 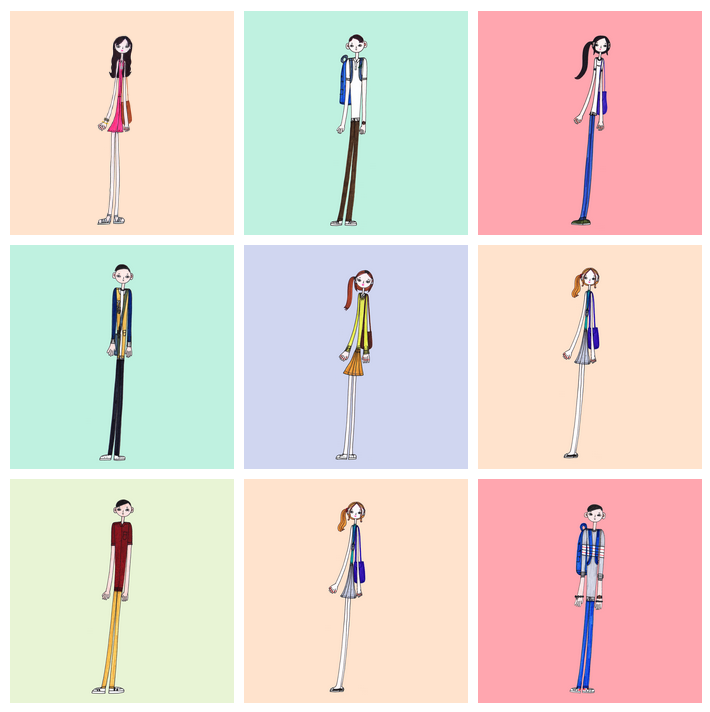 The NFT space will do more than simply uphold the ideals of diversity and inclusion — the industry’s long-term success is contingent upon pushing these ideals further. Enter the launch of Filipino artist Vico Cham’s Shoebox Sketches collection. an upcoming NFT collection set to serve as Cham’s official debut in the NFT space. With the release of this project, the NFT marketplace gains a new perspective from a relatively uncommon source.

Behind the artist: a unique cultural perspective

So who exactly is this newcomer? An award-winning artist, for starters. Among Cham’s growing list of accolades in the art world is a third-place finish at the 2019 Paralym Art World Cup — an annual art exhibition for people with disabilities. As an artist with autism, Cham has spent his decades-long career in the arts working tirelessly to create a better, more inclusive world for artists living with disabilities just like him, as evidenced by his own Artism Gallery.

You read that right. This gallery features not only Cham’s art but also the works of other Filipino artists with autism. In his local community, and beyond, the Artism Gallery functions as a safe space where differently-abled artists can freely express themselves and gain the tools they need to hone their craft.

Memories on the blockchain

The genesis of this collection can be traced back to Cham’s own humble beginnings in the art world. Like many other kids, one of his favorite pastimes was doodling. These doodles consisted of stick-figure art of people he’d come across in a typical day, whether IRL or seen on TV.

Eventually, this became a habit of his, with his mother making sure to preserve Cham’s works by storing them in shoeboxes. Over time, these sketches eventually started numbering in the thousands, which spurred the Cham household to figure out what to do with all this art. In an interview with nft now, Cham’s father Jun spoke on his behalf to share his son’s creative experience, and recounted the journey these sketches made over the years leading up to their upcoming NFT partnership with local marketing consultancy Catch21.

“Vico started making these sketches more than 10 years ago, and Cathy: [Cham’s mother] began to collect and store them. As Vico’s sketches became more refined and his collection grew to the thousands, we were thinking of more effective ways to document and market him also as an artist and graphic artist. It is here that we got acquainted with Catch21 and got enlightened with NFTs,” he said.

Cham’s sketches have come a long way since their shoebox days of yore. They’re going to live on the blockchain in perpetuity. “NFTs, without question, expand the horizon of promoting Vico’s works of art and that of promising artists on the autism spectrum. Once these artworks become digital, their possibilities are limitless,” Jun said.

Moving the needle for diversity and inclusion with NFTs

In a world chock-full of generative art projects that automatically assign a random set of traits to each NFT in collections regularly numbering into the thousands, Cham’s Shoebox collection is entirely hand-drawn. Despite that, each sketch has been drawn the exact same way, reflecting Cham’s unique visual style.

And that made this specific collection a perfect candidate for a prime NFT collection. No built-in traits, no pieces differing in rarity — each piece in the collection is completely unique. Each NFT in the collection is also touted as being a “phygital” piece — as collectors will also gain access to each NFT’s physical counterpart along with the digital asset.

The future is bright for this segment of the NFT landscape. In fact, Sevi Agregado: ⁠— a nine-year-old student from the Artism Gallery ⁠— has made big waves in the NFT art world. His work was even featured in Times Square at NFT.NYC 2022.

Proceeds from the Shoebox Sketches sale will benefit Cham’s Artism Gallery, with a portion of sales also supporting the No One in Need Movement Foundation. Following the collection’s release are six paintings by Cham, set to be tokenized and sold alongside Shoebox Sketches. All of which goes to show how NFTs are becoming more accessible by the day, no matter what challenges beset our personal lives.